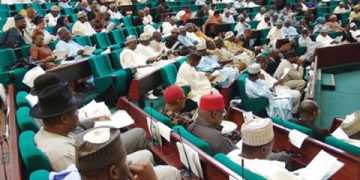 Despite the inability of the many Nigerians to buy kerosene  at the official N50 per litre, it was disclosed yesterday that the  country had spent a whopping N1 trillion over the past four years to  subsidise the domestic product.
Deputy Speaker, House of Representatives, Emeka Ihedioha, made the  disclosure while declaring open an investigative hearing on kerosene  subsidy organised by the House Committee on Petroleum Resources  (Downstream).
With no budgetary provisions for subsidy on kerosene, he queried the  source of funding of kerosene subsidy and on whose authority such monies  were appropriated.
Ihedioha, who was representing the House Speaker, Aminu Waziri  Tambuwal, stated that kerosene has become the most topical issue in  Nigeria today for several reasons.
He said: “It has been empirically proven that at least 30 per cent of  all households depend on kerosene as the source of their domestic fuel.  About 56 per cent of our population still depends on firewood due to  lack of access to kerosene. The implication is that as time goes on,  about 80 per cent of our population will most likely come to depend on  kerosene as the source of domestic fuel.”
Ihedioha described as surprising the fact that it had become easier  to have access to gas and petrol than kerosene despite huge resources  earmarked to subsidise the product.
“It is important to note that the country has spent at least N1  trillion over the past four years to subsidise kerosene, yet the product  is neither available nor is it sold at the official NNPC pump price  whenever it is found and wherever.
“Things are not helped by the fact that nobody has been able to tell  us what our kerosene consumption volume is per annum. This attitude by  government officials who continue to treat the issue of Kerosene  consumption volume as if it were a national secret is quite deplorable,”  he added.
“Transparency and accountability are things that we should by now  take for granted in 21st Century democratic Nigeria. Moreover, the  people, who are the only true justification for spending such huge  subsidies on kerosene, have in no way benefited from the arrangement.”  He said.
However, the Chairman House Petroleum Resources (Downstream)  Committee, Dakuku Peterside said the hearing was not a “witch-hunt”.
Peterside said: “I want to emphasize that this investigation is not  to find fault or witch-hunt any person or agency but to encourage  adherence to the Appropriation Act, foster accountability and  transparency in the sysptem, identify challenges encountered in the  supply and distribution of kerosene, gather adequate information for the  purpose of making amendments to extant laws, and where necessary make  budgetary provision for justifiable needs and requests”.
Adesuwa Tsan