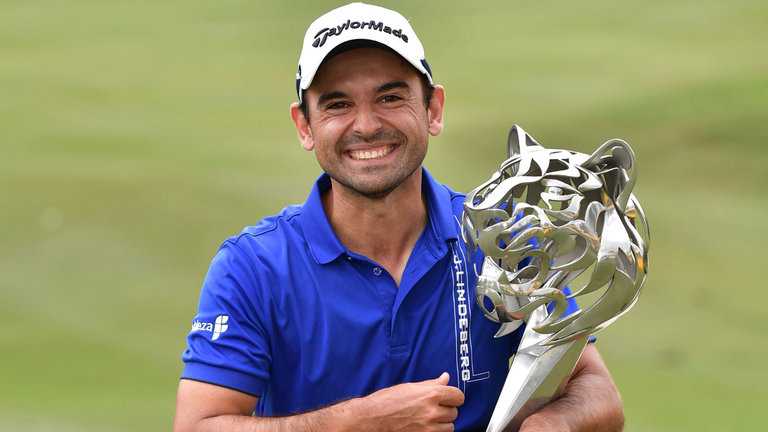 Fabrizio Zanotti made the most of Danny Willett’s struggles to produce a superb final round and win the Maybank Championship in Malaysia.

Zanotti was just inside the top 10 going into the final 18 holes at Saujana but a round including seven birdies, capped by a wonderful eagle at the last, secured his first win since the 2014 BMW International Open.

The Paraguayan finished on 19 under and claimed the first prize of just under £400,000 by one shot from America’s David Lipsky, who missed a putt to force a play-off on the final green.

Overnight leader Willett had his worst round of the week by far, mixing in four birdies and five bogeys, summing up his final 18 holes on the reachable par-five closing hole, where he dropped his fifth shot of the day.

The Masters champion had a three-shot lead going into the final round and looked in reasonable form early on, picking up a shot with a birdie at the third.

But he gave that back on the fifth, and back-to-back bogeys on nine and 10 saw the Yorkshireman reeled in by Alexander Levy.

Both were passed by Lipsky when he went on a run of four successive birdies from the 10th but, after he reached 18 under, the American could make no further ground.

He dropped a shot at the 14th and, even though he got that back at the 17th, Lipsky was left needing a birdie at the last to join Zanotti at the top of the leaderboard.

Zanotti had made four birdies on his front nine to move within a couple of shots of the leaders, but it was his storming finish that made all the difference.

He birdied the 13th and 15th to continue his move towards the leaders and moved to 17 under, becoming Lipsky’s closest challenger, when he picked up a seventh shot of the day on the 17th.

And he produced one of the shots of the day on the last, cracking his approach to the par-five to 12 feet and holing the putt for eagle, giving himself a one-shot lead.

Levy had messed up his chance with three bogeys between the 10th and 15th, and with Willett unable to get anything going, it was only Lipsky who could challenge Zanotti from the final group.

He missed the green with his approach and could only chip to about 15 feet, at least giving him the chance to extend the tournament, but the putt would bypass the hole and Zanotti was able to celebrate his second European Tour win.

Halfway leader Bernd Wiesberger finished in third place on 17 under, two behind Zanotti and left to rue the 73 he shot on Saturday.

Levy took fourth while Willett had to settle for a tie for fifth alongside big-hitting Li Haotong from China, who made good headway on the final day with a round of 65.