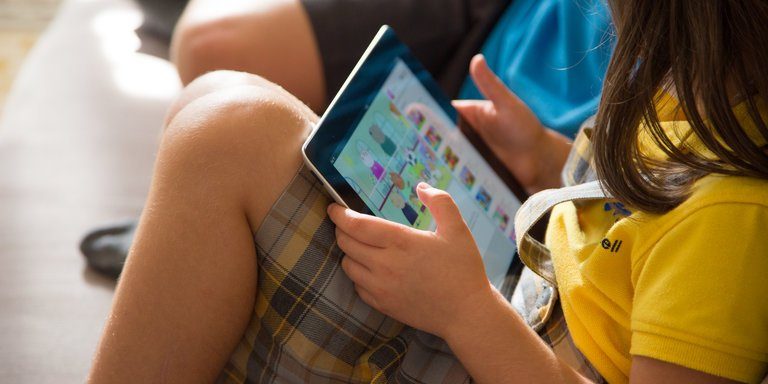 A coalition of more than 20 consumer advocacy groups is expected to file a complaint with federal officials on Monday claiming that YouTube has been violating a children’s privacy law.

The complaint contends that YouTube, a subsidiary of Google, has been collecting and profiting from the personal information of young children on its main site, although the company says the platform is meant only for users 13 and older.

The coalition of consumer groups said YouTube failed to comply with the Children’s Online Privacy Protection Act, a federal law that requires companies to obtain consent from parents before collecting data on children younger than 13. The groups are asking for an investigation and penalties from the Federal Trade Commission, which enforces the law.

“Google has been continually growing its child-directed service in the United States and all over the world without any kind of acknowledgment of this law and its responsibilities,” said Jeffrey Chester, executive director of the Center for Digital Democracy, one of the groups leading the coalition. “It’s living in a world of online fiction and denied that it’s serving children.”

YouTube defines its main site and app as destinations for viewers 13 and older. It directs younger children to the stand-alone YouTube Kids app, which contains a filtered set of videos from the main site.

YouTube’s distinction between its main product and YouTube Kids is significant because of the rules on disclosure and parental consent that kick in for sites with “actual knowledge” that they are trafficking in the personal information of children under 13.

Those rules were first detailed in the Children’s Online Privacy Protection Act of 1998, known as Coppa. The Federal Trade Commission expanded the act in 2012, noting that it needed to be updated for the age of mobile devices. The revised rules made clear that companies must obtain parental consent before collecting details that could be used to identify, contact or locate a child. These included photos, video, audio and the location of a child’s mobile device.

In the complaint that will be filed on Monday with the commission, the advocacy groups say YouTube is able to collect data on children under 13 through its main site, where cartoons, nursery-rhyme videos and those ever-popular toy-unboxing clips garner millions of views.

YouTube’s terms of service hold that visitors to its main site are affirming that they are at least 13 and agree to Google’s privacy policy, which outlines how the company collects information on individuals and then tailors ads and services to them. By watching a YouTube video, the policy says, viewers give Google permission to collect data tied to their device, location, browsing habits, phone number and more.

The groups say this kind of tracking requires parental notification and consent first. While companies can collect some of that information from children to deliver relevant ads, they are supposed to obtain parental consent to use it for more tailored purposes, like behavioral advertising or profiles of individuals. The YouTube Kids app, for example, specifies in its privacy policy that it “does not allow interest-based advertising or re-marketing.”

“We haven’t received the letter yet but look forward to reviewing it,” a spokeswoman for the Federal Trade Commission said in an email. She added that the commission took enforcement of Coppa “very seriously” and had brought more than two dozen cases tied to the rule.

YouTube provided an emailed statement that said the platform had not yet received the complaint but that “protecting kids and families has always been a top priority for us.”

”We will read the complaint thoroughly and evaluate if there are things we can do to improve,” the company went on. “Because YouTube is not for children, we’ve invested significantly in the creation of the YouTube Kids app to offer an alternative specifically designed for children.”

Josh Golin, executive director of the Campaign for a Commercial-Free Childhood who is also leading the coalition, said YouTube had been “actively packaging under-13 content for advertisers.”

To bolster their case, the groups shared screenshots of Barbie advertisements set to appear between videos aimed at children. They also pointed to a number of channels for toddlers and preschoolers within “Google Preferred,” a collection of top videos on the main YouTube site and app that are vetted and packaged for advertisers.

As YouTube’s popularity has surged, it has faced a string of issues related to content geared to children, from inappropriate videos that have appeared on its YouTube Kids app to deceptive advertising.

YouTube said this year that human beings working for the platform would screen all videos from creators whose work appeared on Google Preferred, which the consumer advocates cited as proof that Google employees “have actual knowledge that the content is child-directed.” YouTube has also brokered ad deals with toy companies like Mattel, and has noted how its video ads have helped children’s channels attract specific audiences, like American parents with children under 5.

Mr. Golin said he believed that YouTube was aware it was collecting and monetizing the data of children with such videos, and that the company should simply shift all the videos aimed at children to the YouTube Kids app.

“We know kids are primarily consuming this through iPads and mobile phones, which are not particularly conducive to group watching,” Mr. Golin said.

The complaint comes during a public reckoning around the collection and use of personal data by technology companies after revelations that Cambridge Analytica, a British political data firm, improperly harvested the information of possibly more than 80 million Facebook users. It also strikes a warning note for Google and YouTube overseas as Europe prepares to roll out new data privacy rules. Mr. Chester said the groups will encourage consumer advocates in Europe to file similar complaints about Google and YouTube under those rules, where penalties for companies will be stiff.

Dylan Collins, chief executive of SuperAwesome, a privacy technology firm used by companies that market to children, said questions around data collection would only grow as children continued to flood huge tech platforms that were built for adults.

“Silicon Valley now has a responsibility to figure out how to move from building adult tech into building kid tech,” Mr. Collins said. “I don’t think any company, whether it’s Facebook or YouTube or Snapchat, can hide from the fact that there are about 10 times more kids online today than there were six or seven years ago when their products were being designed or built.”

A version of this article appears in print on April 9, 2018, on Page B7 of the New York edition with the headline: YouTube Is Improperly Collecting Children’s Data, Consumer Groups Say. Order Reprints| Today's Paper|Subscribe