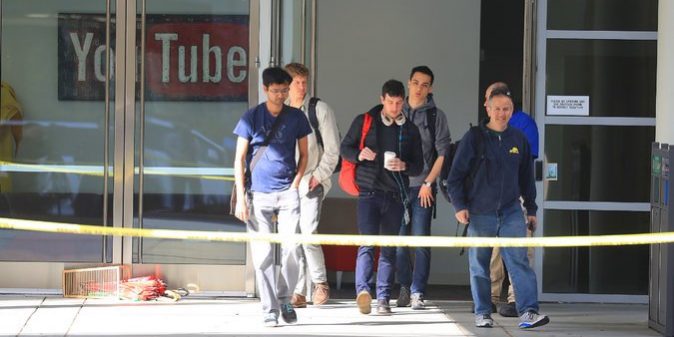 SAN FRANCISCO — The authorities believe a woman who shot three people at YouTube’s headquarters before killing herself on Tuesday was angered by the social media outlet’s policies.

While the police did not specifically say what those policies were, they likely had to do with a concept called “demonetization.” In response to pressure from advertisers and consumers, YouTube has been pulling ads from thousands of videos that it decides do not meet its standards for content. That has sparked an outcry from many of the people who post videos to the service.

One of those creators was Nasim Najafi Aghdam, the woman the police said had shot YouTube employees in San Bruno, Calif. She frequently posted videos to several YouTube channels and had become increasingly angry over the money she was making from them.

“My Revenue For 300,000 Views Is $0.10?????” Ms. Aghdam wrote on her website, while calling YouTube “a dictatorship.” “There is no equal growth opportunity on YOUTUBE or any other video sharing site, your channel will grow if they want to!!!!!”

Ms. Aghdam’s complaints echoed what a wide range of YouTube posters — from self-described animal rights activists like her to right-wing political provocateurs — have increasingly been protesting over the last year.

When YouTube was started in 2005, it took a hands-off approach to much of what was posted, so long as the content was not overly violent or sexual. In 2012, YouTube began allowing almost any video to carry ads, enabling advertisers to reach consumers where they were on the internet. It also gave video creators, from commercial giants to one person recording on a laptop computer, a way to make money off their work.

But a series of news reports revealed big brands’ ads running alongside extremist, racist and other hateful videos, leading some companies to pull their money from the site. YouTube has since clamped down and pulled ads from thousands of controversial videos.

Video creators take a share of the money from ads running before or alongside their videos. But YouTube has been raising the bar on qualifications for running ads.

Last April, the company said it would set a requirement for 10,000 cumulative lifetime views before allowing videos to gain ads. In January, the company raised that requirement to 4,000 hours of watch time in the past year and 1,000 subscribers.

When YouTube pulls ads, it tells creators which videos violated the standards, though it doesn’t elaborate very much on what they did wrong. It’s unclear whether YouTube pulled ads from Ms. Aghdam’s videos.

The anger around demonetization has been growing for more than a year.

One of YouTube’s most popular personalities, Felix Arvid Ulf Kjellberg, who goes by PewDiePie, posted videos with Nazi imagery, including a sign that called for “Death to Jews.” As a punishment, YouTube demonetized some of his videos in early 2017, though it didn’t outrightly bar him. Mr. Kjellberg, now calling himself “family-friendly,” still posts regularly and has a booming business on the platform.

Around that time, another YouTube star, Logan Paul, posted video of himself nervously laughing at the dead body of a man who appeared to have committed suicide. The company again had to apologize and announced that it was removing Mr. Paul from its top-tier payment system and canceling plans to pay him to make a show.

Ms. Wojcicki said in January that YouTube was looking to hire an even bigger team of monitors to look more closely at the platform’s content and decide what should belong.

A wide spectrum of YouTube creators, from the conspiracy-minded to the most popular stars, have been vocal about what they see as censorship on YouTube.

After a popular video blogger who posts about news, Philip DeFranco, saw his videos demonetized, he called demonetization “censorship with a different name.” On Twitter, he wrote: “Producer just got off the phone with Youtube and it wasn’t a mistake. Feels a little bit like getting stabbed in the back after 10 years.”

Luke Rudkowski, an independent journalist who describes conspiracy theories to his more than 500,000 subscribers on YouTube, has repeatedly complained about the site pulling ads from his videos.

In August, he posted a video criticizing news that YouTube would start removing more terrorist content. “We are seeing the purging, the cleaning of this major online institution to be more favorable towards corporations and governments,” Mr. Rudkowski said. “Now that’s why I think we’re finally reaching the end time of this beautiful and amazing platform.”

A few days later, he said YouTube had pulled ads from 660 of his videos, “basically eviscerating my main source of revenue for this news organization.”

Mr. Rudkowski has continued to upload videos to his YouTube channel, WeAreChange, every few days. In a message on Wednesday, he distanced himself and other YouTube creators from Ms. Aghdam.

“In my opinion she was failing and blaming Youtube for her problems,” he said. “I dont think its actually about being censored but more about a delusional woman who couldn’t accept failure.”

On her own website, Ms. Aghdam frequently complained about YouTube’s policies, influence and employee politics. In particular she said her animal-rights activism made her a target for scrutiny. She included another video, called “I’m being censored. YouTube’s war against vegans,” made by the video blogger Emily Moran Barwick, who runs a site called Bite Size Vegan.

Ms. Aghdam posted a video claiming that YouTube had set age restrictions, which would require many viewers to be over 18 years old, on a workout video even though videos from pop stars like Nicki Minaj were much more provocative. And she believed that YouTube’s parent company, Google, was targeting her.

“When searching for my website in google, at top of link they add ‘an error occurred’ but there is no error!” she wrote on her site in February 2016. “They add it to keep you from my visiting my site.”

A version of this article appears in print on April 5, 2018, on Page A15 of the New York edition with the headline: YouTube Complaints From Attacker Echoed Fight Over Ad Dollars. Order Reprints| Today's Paper|Subscribe