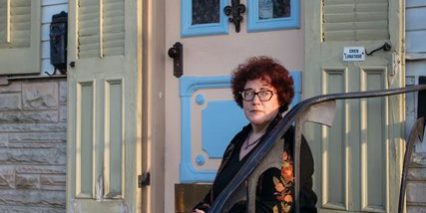 A $350 Million Fund Helps Many Public Servants. Meet the Ones Left Out.

Two weeks ago, Congress created a $350 million pot of money to help teachers, firefighters and others in public service who thought they were enrolled in a program that would forgive their student loans after 10 years of payments. Many of them were not getting credit for their loan payments after all.

These public servants, under the terms of the public service loan forgiveness program, are supposed to have their remaining federal student loan balance forgiven after 120 on-time payments. The program began in 2007, and 2017 was supposed to be the year the first participants got to the finish line.

Few people have crossed over it, though. Plenty of them were in the wrong kind of repayment plan, and the $350 million fix-it fund was designed to help them.

Still, there are untold others who are not covered by the fund — data on just how many is scarce since many borrowers have not yet realized that anything is amiss. Those borrowers can fall into any number of bureaucratic traps that make them ineligible for the fix-it fund. If you’re paying more than you’re supposed to, that can throw things off. Your job may not qualify, even if it’s at a nonprofit. You may have the wrong kind of loan. And the entity that services your loans by collecting payments and sending you statements may be giving you incorrect or misleading information.

I’ve heard from dozens of people like this since I wrote about the fix-it fund last week. Here are a few of their stories.

Robin White’s overpayments were purposeful. An assistant professor at Nicholls State University in Thibodaux, La., she had already worked through a different issue that disqualified earlier payments. So she eventually began doubling down on what her servicer, FedLoan, was telling her to pay via the income-based repayment program that participants in the public service loan forgiveness program must use.

“I thought that if I paid more that they were going to see that I was trying to do this as thoroughly and deliberately as I can,” Dr. White said. “I wanted to make it clear that I was not trying to take taxpayers’ money.”

But the system cares not for intent. If you don’t pay the right amount you owe, your payment that month does not count toward the forgiveness that occurs after 120 payments.

Dr. White said she would never forget when the FedLoan phone representative discovered she was in what’s called “paid ahead” status. “She said, ‘Oh, it’s this nasty little thing,’” she recalled. What followed was a Kafkaesque stretch of confusing statements and, ultimately, a double-digit number of months that did not count toward her forgiveness total.

According to Keith New, a spokesman for FedLoan, which is a part of the Pennsylvania Higher Education Assistance Agency and is the servicer for the forgiveness program, the initial confusion resulted from the fact that “information was not provided surrounding the difference in paying the installment amount versus the bill due amount and how the paid ahead status can affect qualifying payments.”

Given that FedLoan could have been clearer here, will it arrange for the payments that Dr. White made during this period of confusion to count toward forgiveness? I asked, but Mr. New did not reply.

Only certain jobs — perhaps a quarter of all forms of employment — qualify for public service loan forgiveness. Just to be sure, everyone in the program ought to submit what’s known as an “employer certification form” each year to make sure that his or her employer qualifies or still qualifies.

Edge cases have already been the subject of litigation, as I outlined in a 2016 column. But Chris Golding, who works for the North Carolina Nurses Association in Raleigh, N.C., did not know that. Others at the association thought that it qualified, but you can’t get an instant reading on the matter in the time it takes to consider a job offer.

Alas, when Mr. Golding submitted his form, he received a reply last November saying that he was not eligible. There was no detailed explanation, and Mr. Golding said he was unable to get one when he called FedLoan.

The rules state that an employer must provide a “qualifying public service.” In Mr. Golding’s case, the governing language would appear to be a requirement that an organization’s “primary” purpose is to provide “public health” services. Mr. Golding is a registered nurse. He does not treat patients, but he does support other nurses through education.

Mr. New, the FedLoan spokesman, added a bit more detail. “While his employer is a nonprofit 501(c)(6) organization, its primary purpose is not one that would be considered as a public service,” he said. He added that FedLoan’s customer service department had consulted with its own compliance services division in making that determination.

Mr. Golding said he intended to do just that, with the help of his boss and perhaps the organization’s attorney. Meanwhile, he asked me a question that has no good answer: “How is anyone supposed to make a decision about where to work if they can’t get a reading ahead of time about whether an organization is eligible?”

When the public service loan forgiveness program began, people who had already taken out student loans in the Federal Family Education Loan, or F.F.E.L., program were supposed to switch to something called “direct” loans to be eligible.

Many people never got the message, however, and spent years making payments only to discover that they had been in the wrong loan program. Other borrowers did not always understand what kind of federal loan they had, since statements could be unclear.

Jennifer Johnson, a Brooklyn social worker, said she had contacted Citibank, her loan servicer at the time, in 2010 in an effort to get enrolled in public service loan forgiveness. She recalled being told that she needed to be in a federal loan program to be eligible and get on some kind of an income-driven repayment plan, which she did.

During the years that followed, Ms. Johnson said, she regularly searched the web for information on the public service loan forgiveness program to make sure she hadn’t missed any other requirements. In 2015, she became aware of the existence of the employer certification forms, which did not exist when the forgiveness program began. She filed one just to have her employment on record.

Then came the reply, which indicated that none of her payments had counted toward the magic 120 number because she was in an F.F.E.L. loan. Citibank had not made her aware of this, she said.

“My first hope was that maybe it was a mistake,” Ms. Johnson said, describing an ensuing phone call to her loan servicer for clarification, which ended in her sobbing.

No one had much consolation. “They told me that it was a new program and that there wasn’t really a system for it yet,” she said.

So did Citigroup fail her, given that she is certain that she made it perfectly clear that she wanted to be in public service loan forgiveness? “While we have fully exited the student loan servicing business, we looked into this matter from seven years ago and have found no confirmation that the conversation transpired as Ms. Johnson suggests,” said Mark Costiglio, a Citigroup spokesman.

To be clear, Citigroup is not accusing her of making it up. It could not verify that its communication with her had happened as she described it. Nor could it verify that it hadn’t. But logic would suggest that if it had told her that she was in the wrong loan, she would have switched it right quick.

And if it didn’t, shouldn’t the Department of Education’s ombudsman or her congresswoman and senators take up her cause?

Confusion With the Servicer

Lawyers were early adopters of the public service loan forgiveness program, given that many of them run up six-figure law school debts and have ample opportunities to perform public service as a prosecutor, as a public defender or through other legal work.

So it was with Myles Braccio, a Phoenix prosecutor who elected to go into and stay in that line of work because it would allow him to wipe away his debt. He loved his contracts classes in law school, so he would seem to be well equipped to slay any bureaucracy.

But this week, he told me a hair-raising story of FedLoan’s giving him bad advice about loan consolidation, wiping away close to two years of qualifying payments, restoring them after he complained to the federal Department of Education’s ombudsman’s office and then taking them away again after he made another inquiry because he was so paranoid that it would mess up his payment count again.

Since then, he said, he has not been able to get straight answers from FedLoan. I asked Mr. New for a few, and he said Mr. Braccio’s account was “in review as we are working to confirm employment time-frame eligibility requirements.” He added that Mr. Braccio’s employer had provided “conflicting” information. Nonsense, Mr. Braccio replied; there is no conflicting information related to the years when he was eligible for loan forgiveness.

And why did it take my intervention to extract this explanation? “We base our life decisions off of what they are telling us,” Mr. Braccio said. “But you get one person after the other who has absolutely no idea what they are doing.”

Having trouble with the public service loan forgiveness program? Send an email to lieber@nytimes.com.