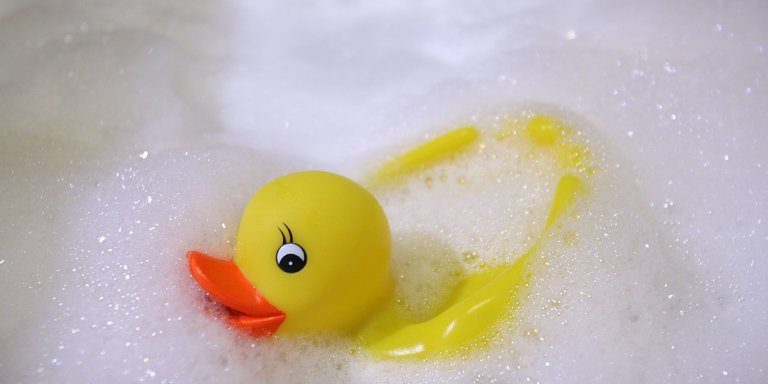 LONDON — There’s an ugly truth about the rubber duck, the popular bathroom toy that children put in their mouths and use to squeeze bath water into their siblings’ faces.

Something yucky is likely to be inside, scientists say: “potentially pathogenic bacteria” that can cause eye, ear and stomach infections.

A study by American and Swiss researchers found that toy ducks appeared to be a breeding ground for microbes. The murky water released from four out of every five ducks tested included Legionella along with Pseudomonas aeruginosa bacteria, often associated with infections acquired in hospitals, the authors of the study said.

The study, conducted by the Swiss Federal Institute of Aquatic Science and Technology, ETH Zurich and the University of Illinois, was published on Tuesday in the journal N.P.J. Biofilms and Microbiomes.

The researchers tested a range of bath toys, 19 different ones, and found 75 million cells of bacteria per square centimeter in the ducks — a strikingly high level that scientists say was a result of their polymer material releasing carbon, which acts as a nutrient for bacteria.

“In addition to the nutrient supply, dirty bath water also serves as a further source of microbial seeding for the bath toys,” the researchers noted.

They suggested that using a higher-quality polymer to make the rubber ducks might prevent bacterial and fungal growth.

The study, which received funding from the Swiss government, is part of broader research into bacteria on household objects.

The rubber ducks are not the only household item found to be a haven for bacteria. Last year, a study in Germany found that kitchen sponges were a hotbed for germs. More than 350 different species of bacteria were found in 14 dirty kitchen sponges taken from private households.

“That’s the same density of bacteria you can find in human stool samples,” Markus Egert, a microbiologist at Furtwangen University in Germany, said in an interview with The New York Times. “There are probably no other places on earth with such high bacterial densities.”

The study also found that cleaning the sponges could make the bacteria worse because the strongest pathogenic bacteria tended to survive and fester, even if it microwaved.

Another item that harbors a lot of bacteria is one that we tend to keep the closest: the cellphone. While research has varied on the number of germs found on the average cellphone, Charles Gerba, a microbiologist at the University of Arizona, found in 2012 that the average cellphone carried 10 times more bacteria than most toilet seats.

Professor Gerba said, however, that there were far dirtier places in a home than the toilet seat.

“It’s one of the cleanest things you’ll run across in terms of micro-organisms,” he told the BBC. “Usually, there are about 200 times more faecal bacteria on the average cutting board than on a toilet seat.”

Recently, a microbiology student’s photo on Facebook of the colonies of fungi and bacteria that grew in a petri dish she had opened inside a Dyson hand dryer drew alarm when the image spread online. But studies disagree on whether hand dryers are more or less hygienic than paper towels.

One study published by the Mayo Clinic in 2000 found no statistically significant hygienic difference between dryers and paper towels.