You can’t speak for Ndigbo, Ohanaeze tells Okorocha and Nwabueze 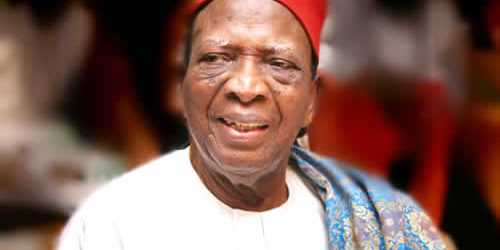 Apex Igbo socio-cultural organization, Ohanaeze Ndigbo yesterday told Imo State Governor, Rochas Okorocha and constitutional lawyer, Prof. Ben Nwabueze, to desist  from claiming to be the mouthpiece of Ndigbo, warning the duo to stop speaking for Ndigbo on any issue.

The President of Ohanaeze Ndigbo in Anambra State, Elder Chris Eluemunoh, who spoke to newsmen in Awka, described such claims by the duo as selfish, insisting that they had no ‘locus’ to claim being Igbo leaders.

Eluemunoh said Prof. Nwabueze had printed lots of leaflets and pamphlets discrediting Ohanaeze in recent times, thereby creating an impression that there was division in the group. He said such utterances could make Nigerians believe that there was disunity in Ohanaeze.

“He should stop speaking for Ndigbo, and Ohanaeze remains the only mouthpiece for Ndigbo; everybody is in support of the national leadership. There is no single court case Ohanaeze has; the only one then, was instituted against the leadership of Ambassador Raph Uwechue in 2011.

“Nwabueze should toe the line of Ndigbo, led by Chief Garry Igariwey. Anambra State will not be in support of the recklessness of Nwabueze’s utterances.

“He should quit from active politics, we will not abuse him;, we will not want to ridicule him being a revered constitutional lawyer and president of the patriots and an elder statesman. Ohanaeze Ndigbo is intact, Ime-obi is intact, and there is no problem whatsoever,” Eluemunoh  said.

The Ohanaeze chief said Governor Okorocha, would never be the Igbo leader and warned him to stop arrogating the tag of Igbo leader to himself.

He said: “We promised him that with his antics in politics especially in Igboland, he will not go far, irrespective of the party he attaches himself to.”