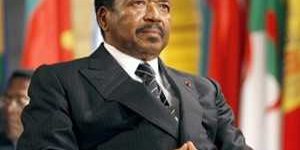 Yoruba Pentecostal Church leaders in Nigeria have joined their Cameroonian counterparts to condemn the recent clampdown on their lucrative Pentecostal church businesses in Cameroun.

President Paul Biya had ordered the closure of 50 churches, many of which originated from Nigeria.

Rather than comending President Paul Biya on his effort to rid Cameroon of the influence of mechandising Yoruba Pentecostal Churches, a few pastors in Bamenda and Douala had on Wednesday marched against the government’s order.

He said closing the churches down was tantamount to closing his life and career if he failed to reverse the order.

Bamgbola said, “Since I read about the development in the dailies, I have been praying for Biya. I ask him to reverse the order or be ready to face the anger of God.

“Quote me, Biya cannot get away with this just like the biblical King Nebuchadnezzar.”

A former General Overseer, Foursquare Gospel Church, Nigeria, Rev. Wilson Badejo, said since the churches were formally registered to operate, Biya should have gone through the proper channel to correct whatever wrong he had noticed.

Badejo said, “It is wrong for him to summarily order the closure of churches. That is the spiritual heartbeat of the country. They are harmless institutions. I call on him to reverse the order.”

Badejo said the Christian community in the country should have a dialogue with Biya before taking any action against him.

Corroborating his view, the founder of Evangelical Ministries, Bishop Stephen Ogedengbe, said Biya was heading towards wrath by closing down the house of God.

He said except he reversed the action, he should prepare for the implication of his action.

“We are seeing the manifestations of the end times. African leaders are playing God. Biya should not only look at the negative incident he referred to for shutting the churches, what about the many good things that people have benefitted from the churches?

“I just want him to know that this will not stand. Churches in Nigeria are already praying against the move,” he said.

Biya had declared the Pentecostal churches as illegal and posing security threats.

He cited the collapse and death of a nine-year-old girl during a prayer session in a Pentecostal church in Bamenda as a further reason for his action.