Yakubu Gowon Nigerians must be united 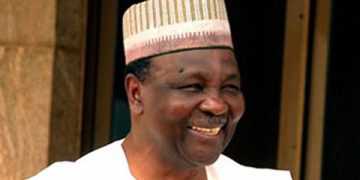 Former Head of State and Chairman, Board of Patrons of the Arewa Consultative Forum,  General Yakubu Gowon, on Tuesday bemoaned Nigeria’s unending woes and said the country could only overcome its challenges through the unity of the citizens.

Gowon, who spoke at the inauguration of the new officers of ACF,said no nation could thrive on the victory of factions.

“It is very important to note that no nation thrives on the victory of factions, but through ultimate reconciliation,” the former Head of State said.

He said that though the country’s politics and economy were going through hard times, the difficult times should spur national

grandeur and bring about good leadership and the best in every Nigerian instead of the “current hype in ethnic nationalism and religious bigotry that seek to promote cleavages that are self destructive.”

He said, “The freedom brought about by democracy defined democracy as government of the people and by the people and for the people. It is expected to thrive on a triple foundation of liberty, justice and common decency. That is why it is said that democracy is rather a contest of ideas and reasons and not contest for survival where politicians take it out violently among themselves in the name of democracy.

“Only liberty, justice and common decency are true elements of democracy.

“We therefore appeal to our politicians not to resort to violence in the name of freedom that comes with democracy. You will agree with me in saying that although Nigeria may be going through hard times, political, economic and social, we have a resilience to tackle it successfully.

“The difficult times should spur national grandeur; bring about good leadership and the best in every one of us.”

The former Head of State said there was the need for all Nigerians “to come together and unleash their energy against the security challenges and other national malaise, be it Boko Haram, ethno-religious crisis, kidnapping, militant activism, armed robbery or piracy or any other such act that disrupt the peace and harmony and threaten the economic and social development of the country.”

“We believe the situation is not beyond redemption and so, should not be allowed to set a national agenda of reconsideration of our unity and nationhood,” he added.

Gowon also noted the emergence of factions in the ACF, saying division in the group would only hamper the realisation of its objectives.

He said, “I am compelled to mention this because ACF emerged through the coming  together of northern elders for the expressed purpose of promoting peaceful coexistence in the north as precondition for socio-economic development of the north and that of Nigeria.

“We do not share in the reason being advanced in favour of proliferation of elders groups that ACF is not politically active. It is important to note that while ACF may not be politically partisan for obvious reasons, many of the forum’s members belong to different political parties.

“Rather than sing discordant tunes and breed confusion in the polity, the different groups of elders should remind themselves of the circumstances which brought about the existence of ACF and come back to the fold in order to improve on the forum’s performance for public good and in the interest of Nigeria.”

At the event, which was attended by prominent northerners, Vice President Namadi Sambo said the nation would require about $2.9tn dollars to address its infrastructural needs over the next 30 years.

The VP also said statistics from the National Bureau of Statistics showed that the North was lagging behind other regions in the country in terms of human capital development. He said that agriculture, which was the mainstay of the economy in the North, had not been accorded the desired priority over the years.

Sambo said further that linking oil revenue with the diversification of the economy was the panacea for the growth and development of the northern economy. He added that the North and other parts of the country required the articulation and effective implementation of policies that would ensure effective exploitation of its natural resources.