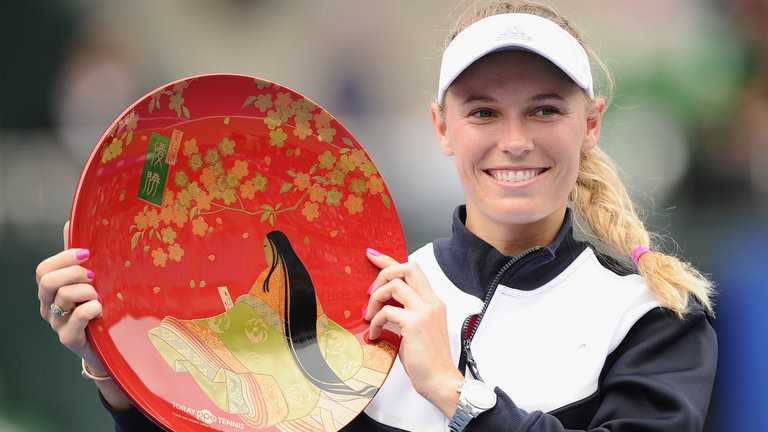 The Danish former world No 1, who joins Steffi Graf and Gabriela Sabatini with three Pan Pacific Open crowns, outclassed her Russian opponent 6-0 7-5 in 75 minutes to capture her first title of the year after losing in six previous finals.

Wozniacki, the third seed, raced through the opening set in convincing fashion with some punishing baseline winners before Pavyluchenkova saved a match point in the tenth game of the second set only for the world No 6 to secure victory at her third opportunity with a backhand winner.

“It was my seventh final this year and obviously after a while it gets harder and harder,” said Wozniacki after winning her first tournament since Hong Kong in October last year.

“Obviously I’ve won here in the past and it has great memories for me so I’m happy I was able to stay focused and aggressive. Everything was going my way in the first set. The second set was tricky but I managed to stay positive and it feels great to win the title again. It was awesome.”

Wozniacki’s victory in the final followed a ruthless semi-final victory over world No 1 Garbine Muguruza and despite a competitive second set didn’t allow Pavyluchenkova to add a third title of the year to her previous ones in Monterrey and Rabat.

The 20-year-old French Open champion from Latvia rallied from a set down to beat the debutante finalist 6-7(5) 6-1 6-4 in a match that lasted two hours and 15 minutes.

“I’m really happy to win my second title here and in my career,” Ostapenko said after the match. “I enjoyed playing here and to also see so many Latvian flags is amazing.”

Sky Sports Tennis will have all the action from the Laver Cup, China Open, Shanghai and Paris Masters before the Next Gen ATP Finals in Milan and season-ending extravaganza World Tour Finals at London’s O2 in November covered via our website www.skysports.com/tennis with live blogs and updates as the season reaches its climax.