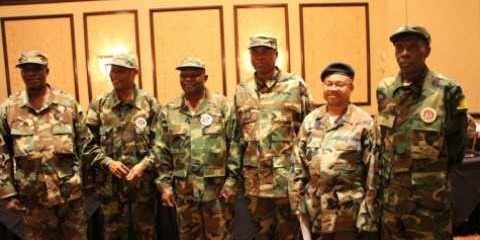 The Igbo people of Nigeria, under the auspices of the World Igbo Congress(WIC),

have taken their case of mistreatment in Nigeria to the United Nation’s Economic and Social Council(ECOSOC). The details of the submission made to the agency were revealed at the ongoing World Igbo Congress convention in Dallas, Texas. In a session at the convention venue, Sheraton Hotel on Saturday, delegates and members agreed unanimously to pursue the part of seeking redress from the UN body on Human Rights abuses of the Igbo in Nigeria.

WIC has secured a date in April when the Igbo situation in Nigeria will be discussed at UN-ECOSOC in Geneva. Some of the delegates supported the move with the hope that it would mark the first step in what could be a long drawn out case that would not be limited to the redress of injustices and human rights abuses of Igbo people across Nigeria, but if need be, to a plebiscite, and even eventual independence.

The discussion was part of the second part of a symposium on “The Igbo Question” which started on Friday. At the Friday session, Professor Herbert Kirshman discussed WIC’s potentials in UN-ECOSOC. He offered strategies for the Igbo to bring awareness to their plights in Nigeria.

Some participants had some reservations on the direction WIC was taking in pushing for the declaration of Boko Haram as a terrorist organization. One of the participants cautioned that such a move would make it difficult for all Nigerians to travel freely without being considered terrorists.

Earlier in the day WIC introduced an extensive plan to build a regional health center in Eastern Nigeria to take care of the health needs of Igbo people and curtail the need to seek medical treatment in India and other countries of the world.

The conference continues with more discussions on the Igbo and the Nigerian polity. On Friday night various cultural groups performed for participants. Friday’s cultural event was however stolen by the appearance of former Biafran soldiers. They received a standing ovation from participants. The convention ends on Sunday with a memorial service for Gen Emeka Ojukwu and Prof. Chinua Achebe.