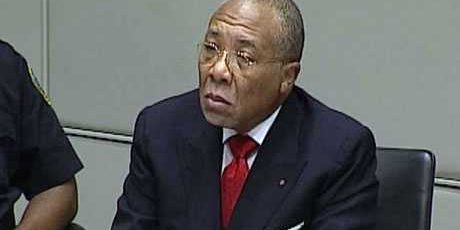 Former President Charles Taylor of Liberia will spend 50 years in jail after the Special Court for Sierra Leone (SCSL) today rendered a historic final judgment in his case, dismissing the appeal he lodged following his conviction by the Trial Chamber.

Taylor, 65, came under the hammer for war crimes and crimes against humanity committed during Sierra Leone’s decade-long civil war.

The African Press Organization (APO) quotes Special Court Prosecutor Brenda J. Hollis as welcoming to the judgment, saying: “This final decision affirms Mr. Taylor’s criminal responsibility for grave crimes which caused untold suffering to many thousands, if not tens of thousands, of victims in Sierra Leone. Today’s judgment brings some measure of justice to those victims who suffered so horribly because of Charles Taylor.

“The Appeals Chamber today confirmed what the Trial Chamber made clear, that Heads of State will be held to account for war crimes and other international crimes. No person, no matter how powerful, is above the law. Today’s judgment affirms that with leadership comes not just power and authority, but also responsibility and accountability.

“We welcome the Appeals Chamber’s decision to uphold Mr. Taylor’s sentence to 50 years, which reflects the seriousness of his crimes. This sentence makes it clear that those responsible for criminal conduct on a massive scale will be severely punished. No sentence less than 50 years would be enough to achieve retribution and deterrence, the primary goals of sentencing for international crimes.

“The Appeals Chamber agreed with the Trial Chamber and the Prosecution that the evidence proved that Mr. Taylor aided and abetted, and planned, the crimes charged in the Indictment. Today’s judgment affirms the critical role that Mr. Taylor played in inflicting great misery on the people of Sierra Leone. Mr. Taylor spun a vast web of crimes which victimized the entire civilian population of Sierra Leone.

“I commend those brave witnesses who came forward to testify. I also commend the people of Sierra Leone. Without their commitment to justice this trial would not have taken place; indeed this Court would not have existed. Their resilience and courage gives us all great hope for a future of continued peace, justice and progress in Sierra Leone.”

Charles Taylor is the first former Head of State to be convicted for war crimes by an international criminal tribunal since Nuremberg in 1946. The Appeals Chamber upheld Mr. Taylor’s convictions on all 11 grounds of the Indictment with one minor modification, and agreed with the Trial Chamber’s decision sentencing Mr. Taylor to 50 years in prison.

The Residual Special Court will respond robustly and effectively to any reports of interference with, or harassment of, witnesses.

“The Special Court will soon close,” said Hollis, “but the courage of the witnesses and the people of Sierra Leone will never be forgotten, nor should it be.”