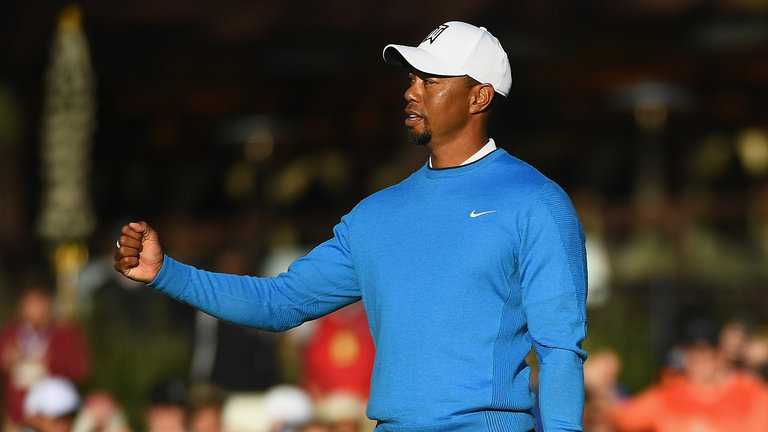 Tiger Woods insisted he could take positives from a frustrating return to competitive action at the Farmers Insurance Open on Thursday, despite carding the worst season-opening round of his career.

Woods, making his first regular PGA Tour appearance since August 2015, faces a battle to make the cut after carding a four-over 76 at Torrey Pines.

The world No 663, a seven-time winner of the event, showed a lack of tournament sharpness as he mixed three birdies with five bogeys and a double-bogey during an up-and-down display.

“I was in a good spot to really shoot a good round today and didn’t really have my best stuff early,” Woods said.

“I had a round which I let slip away at the middle part on the back nine and unfortunately didn’t hit very good shots through there.

“We’re going to go to some better greens tomorrow, some better conditions and hopefully, not only myself, but the rest of the guys, can put some good numbers up tomorrow.”

Woods’ only blemish of the front nine came with a bogey-five at the first, before the 14-time major champion moved under par with back-to-back gains after the turn.

However, things unravelled for Woods along the closing stretch, with a run of three straight bogeys from the 12th followed by a snap-hook out of bounds on his way to a double-bogey at the 15th.

Woods slipped further adrift with a missed par save from six feet at the 17th, but recovered to join playing partners Jason Day and Dustin Johnson in birdieing the last.

“I was fighting out there all day,” Woods added. “I didn’t really hit it that good. So much is different.

“I’m trying to get used to a little bit of this, and I was fighting throughout the day, and I just didn’t quite get it done after the middle part of that back nine.”

Watch the Farmers Insurance Open throughout the week live on Sky Sports 4 – your home of golf. Extended coverage begins on Friday from 5pm.