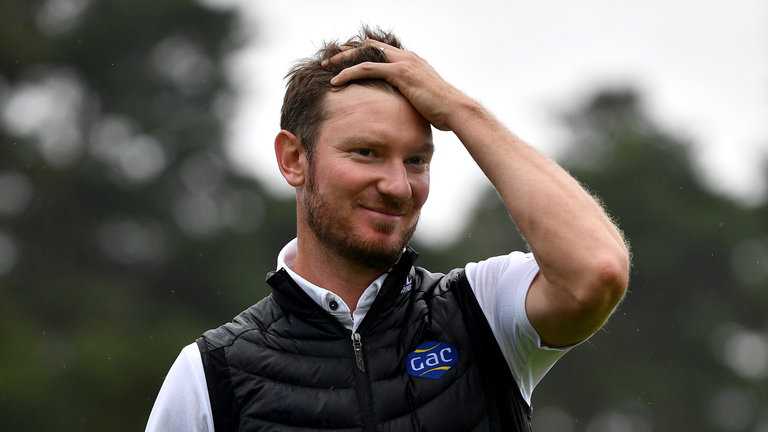 A share of second place in the Nordea Masters left Wood in 60th place in the world rankings and needing to stay there for another seven days to book his place in the year’s second major championship at Erin Hills.

However, due to the way the rankings are calculated over a “rolling” two-year period, Wood had to finish inside the top 20 in the Lyoness Open to avoid dropping to 61st, while not playing in Austria meant he was projected to remain 60th.

A handful of players were still able to overtake Wood with strong performances or a victory in the PGA Tour’s FedEx St Jude Classic, but when none of the possible scenarios looked like happening, the 29-year-old from Bristol flew to Chicago on Sunday morning.

In the end, Wood finished 0.0113 ranking points ahead of Jeunghung Wang in 61st.

“It was a very, very difficult decision that we spent as much time on as possible,” the Ryder Cup player told Press Association Sport. “I wanted to go to the US Open in top form and didn’t quite feel 100 per cent after Sweden, despite the result.

“Even though you want to play, especially somewhere you’ve done well before and actually won a couple of years ago, a top-20 finish is not a guarantee for any player and I just felt it was the right decision. I’m really glad that decision paid off.”

Wood, who was 23rd on his debut at Oakmont last year, added: “Now I’m really looking forward to playing my second US Open. I had a good week working with (swing coach) Mike Walker and (putting coach) Phil Kenyon and just have to turn up and play now.

“The US Open can be tough and a bit of a grind, but I enjoy that sort of test so I’m really looking forward to seeing the course first hand.”