Woman questioned for hanging baby outside window, says she walks her child as she likes 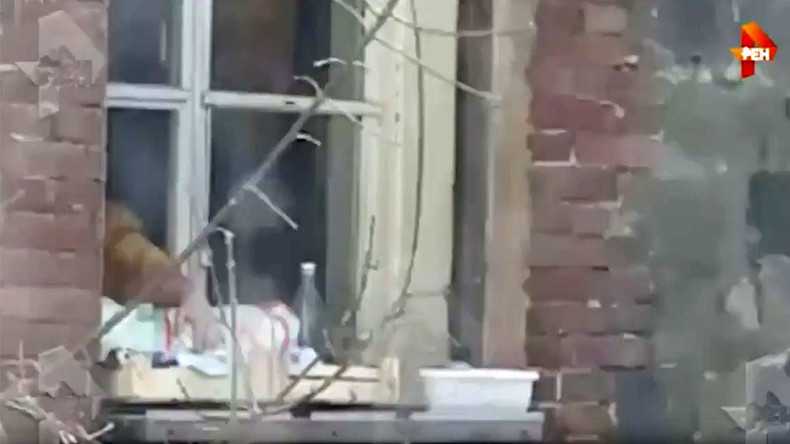 “The police met the baby girl’s parents. It was established that the parents are not divorced and the family is not troubled. The child has everything she needs for full development,” the police report said.

“The child’s father built the extension on the window sill especially for these outdoor naps because the apartment doesn’t have a balcony,” the statement continued.

So far, the parents have received a warning from the authorities and will be monitored by childcare services.

The mother told police when they were called in that it’s her child and she can walk her however she likes, Life News reports.

It is common practice in Russia to let newborns nap on the balcony, provided they are wrapped up warm, so that they get as much fresh air as possible.

Internet users are polarized in their views on the incident, with opinions ranging from recommendations to sterilize the mother, to people pointing out that there is a special construction, the window sill isn’t sloping, and the child is too young to move.

Instagram user niavramenko wrote “The b***h should be shot to death for everyone to see. It’s such a shame god grants such people kids.”

The outrage was echoed by another person saying “they [authorities] should hang that b***h by her leg out the window for the whole night.”