The Selling of new born Babies continue in Igboland as Woman sells her Baby for N100,000 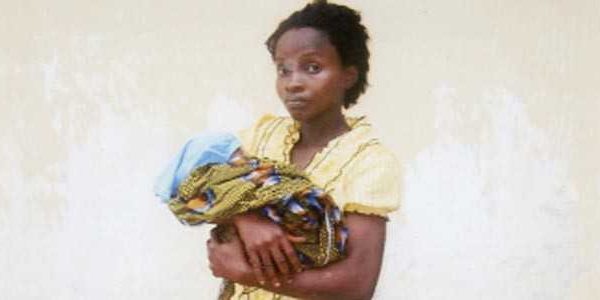 The police in Imo State are now investigating how a 27 year old housewife, Mrs Njideka Okorie eloped with six months pregnancy and went into hiding where she was later delivered of a baby girl which she sold to one Agatha Okoronkwo at Isieka Ihiala in Anambra State for N100,000.

Saturday Sun gathered that Njideka has been married to Samuel Okorie , for over 10 years. The marriage was already blessed with four children while they were expecting the fifth child, the wife eloped with six months pregnancy from their home in Orlu, Imo State.

The housewife also fled her matrimonial home with the other four children.

in March and returned four months after, precisely on July 5, 2013, with the four kids, but without the pregnancy of their fifth child.

It was learnt that the inability of Njideka to explain what happened to their baby led the husband to lodge a complaint against her at the Orlu police station.

While confirming the development, the Imo State Commissioner of Police, Mr Mohammed Katsina told Saturday Sun that ,” I have to send my ‘Police Ambush Squad’ to arrest Njideka Okorie and she confessed that she delivered the baby on June 27, 2013 but that she sold it for N100,000 to one Agatha

Okoronkwo . She said the child is a female and was sold when she was three weeks old.”The police boss stated that the police detectives travelled to Isieka Ihiala in

The complainant, Samuel Okorie told Saturday Sun that,” I was shocked that before I came to the house, my wife has eloped with my four children and my six months old pregnancy she has for me.” He added that “suddenly, she appeared again after two months . She came with my four children . But I didn’t see the pregnancy again and there was no baby. I was not happy and reported the case to Orlu police station.”

Okorie explained that, ” It was when my wife was arrested by the police that she confessed to have sold a-three week old baby for N100,000 to a woman in Ihiala in Anambra State. Thank God that the police recovered the baby.”

“I didn’t quarrel or have any misunderstanding with her. We were living together in peace. I was surprised that my wife left the house suddenly “, he added. In her confessions on why she sold her baby, Njideka said ” It was the work of the devil. I have never had any misunderstanding with my husband . I just left suddenly and I went to deliver the baby and later sold it for N100,000. I delivered the baby and sold it after three weeks.

“I came back to my husband’s house and with his four children and he asked me about the pregnancy but I didn’t say anything. He later went to report the matter to the police and I was arrested. It was then that I confessed that I sold the child for N100,000. The police followed me to my father’s house and they recovered N78,000 out of the N100,000 I received from the sale of the child.”

In her own explanation, Agatha Okoronkwo stated that ” It was when she (Njideka) contacted me and I needed a child. I work at the Red Cross Organization. I bought the child for N100,000. I needed a baby and bought the three-week old baby from her in Owerri..”

The state police commissioner said his command had recovered the baby and handed her over to a rehabilitation home. He said the suspects will soon be charged to court after thorough investigation.