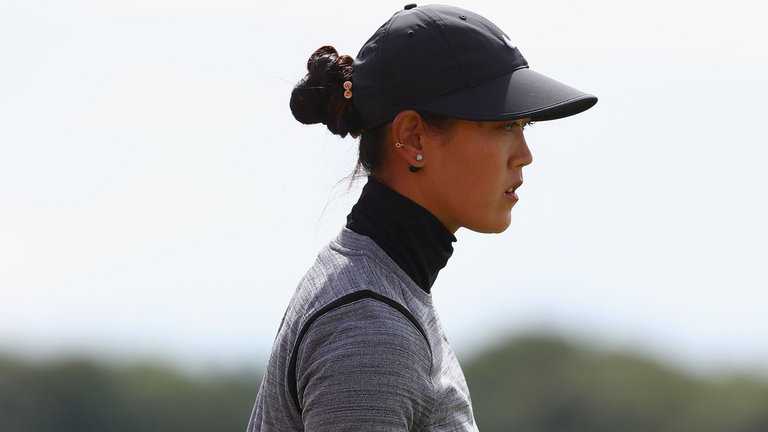 Michelle Wie fired an eight-under 64 to grab a one-shot lead after the opening round of the Ricoh Women’s British Open, where Charley Hull had a frustrating finish to her day.

The American mixed nine birdies with a sole blemish in good scoring conditions at Kingsbarns to set the clubhouse target, with Korea’s In-Kyung Kim her closest challenger thanks to an opening-round 65.

Mel Reid and Jodi Ewart Shadoff lead the English interest and sit in a share of third thanks to matching 67s, with Hull bogeying two of her final three holes to join Dame Laura Davies in the group four off the pace.

Play was suspended twice during the afternoon session due to the threat of lightning, with the late starters having to complete their rounds in driving rain on the Scottish coast.

Wie recovered from a bogey at the second to post birdies at the fourth, sixth and ninth, before following back-to-back gains from the 11th by picking up another from close range at the 14th.

The 27-year-old then rolled in a five-foot birdie at the 16th, picked up another from a couple of feet closer at the next and closed her blemish-free back nine with a 15-foot gain at the last.

“Any time you shoot 64 on a golf course, especially knowing a place like Kingsbarns, it’s pretty fun,” Wie said. “Winning the Women’s British Open has always been a huge goal of mine.

“I’m just really proud of myself for how I set myself up for the first day. It’s a marathon, so a lot of golf from here to Sunday, but obviously winning the British Open would be just a dream come true.”

Kim birdied five of her opening eight holes to grab second spot, with Lindy Duncan a further stroke back on six under after firing a hat-trick of birdies around the turn.

Four consecutive gains from the seventh lifted Reid into the group on five under also including Lexi Thompson, as Davies closed her opening 68 with a 15-foot birdie.

Hull reached the turn in 33 and birdied the 14th after eagling the par-five 11th, only to slip down the leaderboard with back-to-back bogeys after the second restart.

Georgia Hall is also on four under and English amateur Sophie Lamb began with a 69, while last year’s winner Ariya Jutanugarn began her defence with a one-under 71.

Watch the Ricoh Women’s British Open throughout the week live on Sky Sports Golf. Live coverage continues on Friday from 11am.