Why the zoological republic of Nigeria is poor 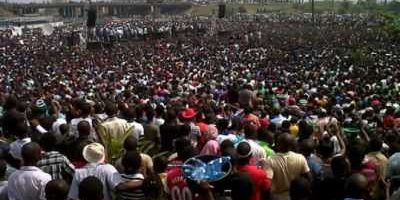 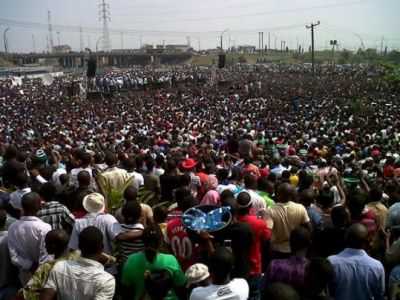 The average Nigerian believes Nigeria is a rich country. Wrong. Nigeria is a poor country. By every index of measurement. Take the more common measure, Gross Domestic Product (GDP) per capita, defined as the total output of a country divided by the total population.

When I make this assertion on some of Nigeria’s political blogs it agitates some people and some get very abusive because they believe Nigeria is rich but for suffering mainly due to corruption. But GDP measures the total output of a country including the outputs that are stolen.

So why is a country with so much potentials in natural and human resources so poor?

Some will say it is corruption. Wrong. Corruption is a side effect of what causes our poverty. Corruption simply skews the distribution of the total output of the country in favour of a few elites. So while the average may be US$1,052, there is a small percentage with private jets and a large percentage that earn less than US$300.

Nigeria is poor because there is a small clique, or cabal if you prefer that word, that has cornered the political space and made it their exclusive enclave.

This cabal in turn uses their stranglehold on political power to run an extractive economy focussed solely on transferring the commonwealth into their private pockets.

Every economy run along these lines will ultimately generate the scenario you see in Nigeria where seven Shoprite shops sell more Champagne than 600 Shoprite shops in South Africa.

A few examples of the current ongoings in Nigeria will illustrate our point. The ruling party just did their special convention to elect party officials that will lead it to forthcoming national elections.

You would expect that candidates who have the support of the president will win these elections even if the elections are conducted in a free and fair manner.

But the fundamental fact is that the conduct of free and fair elections is anathema to a system that runs on exclusive political institutions.

For free and fair elections may throw up a candidate not beholden to the system and therefore not amenable to the economic extraction goal of the cabal.

So even elected governors, members of the legislature and former high office holders, including a former vice president, were excluded from the process because they had fallen out with the current cabal running the ruling party.

And in case you think this is unique at the federal level, perish the thought. Lagos State, the best advert in Nigeria for exclusive political institutions, beats that.

Party lists for all levels of political contests are drawn up in the bedroom of the ruling party’s leader. When local government elections were organised in Lagos recently the opposition focused on a few local governments where they believed they could make a difference.

A court actually declared them winner in one of such local governments but an appeal court reversed the ruling. Now the funny part is that the candidates’ scores in the election conducted by the incumbent government has still not been released till date.

Exclusive political institutions do not take chances. So while some economic and infrastructural growth can be seen in Lagos, the latest economic news coming out of the state is the attempt to ‘buy out’ the Lekki Expressway concession.

This concession happens to be held by leaders of the same cabal holding the politics of the state by its jugular.

And in case you think Lagos is unique, perish the thought. Anambra State is about to hold gubernatorial elections. A state that has produced first class individuals in every field – Zik, Ojukwu, Achebe, Dike, Ekwueme, Mbanefo, Anyaoku, etc – should have a line-up of first class brains seeking to run its affairs.

But exclusive political institutions do not seek first class brains to ensure that the extraction goes on unhindered. Actually the lower the IQ of those they install the more they are beholden to those who installed them. So the cabal has gone about ‘disqualifying’ every candidate worthy of the name. Of those left to compete for the position, one is a school certificate failure whose company has been taken over as distressed by AMCON.

The other is a failed medical student better known for student cultism. The immediate past governor of the nation’s central bank was not deemed qualified to contest party primaries!

Clearly, the root of Nigeria’s poverty lies in its political institutions and the manner in which leadership emerges. Until this present system is overthrown and replaced with an inclusive system that allows for the cream to rise to the top Nigeria, will remain poor. But who will bell the cat?