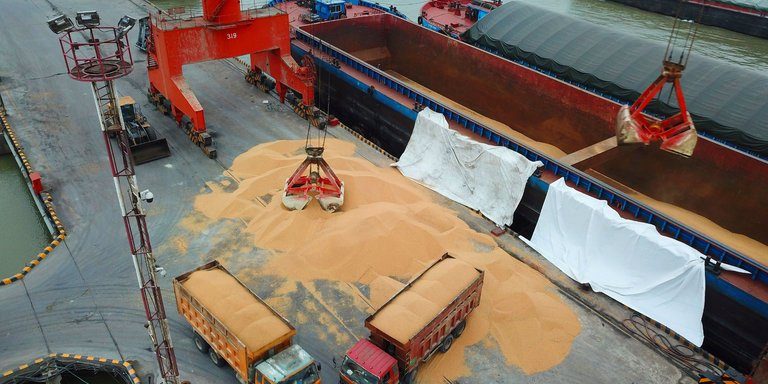 BEIJING — China’s leaders sound supremely confident that they can win a trade war with President Trump.

The state news media has depicted him as a reckless bully intent on undermining the global trading system, while presenting the Chinese government as a fair-minded champion of free trade. And China’s leader, Xi Jinping, has used the standoff to reinforce the Communist Party’s message that the United States is determined to stop China’s rise — but that it no longer can. China is already too strong, its economy too big.

“China is not afraid of a trade war,” the vice minister of finance, Zhu Guangyao, declared at a news conference to discuss possible countermeasures. More than once, he cited the history of the “new China” — which began its extraordinary economic revival four decades ago — as evidence that it would “never succumb to external pressure.”

Missing in the bluster and the propaganda are the questionable methods that China has adopted to squeeze foreign companies out of key technology markets — and the fact that in the cold-eyed calculus of economics, China is more vulnerable to a trade war than officials admit.

Exports account for a big share of Chinese economic growth. Because the United States buys so much from China, Washington has many more ways to hit Chinese manufacturers. By contrast, the retaliatory tariffs Beijing has proposed already cover more than one-third of what China buys from the United States, leaving it fewer options to strike back.

In the political realm, however, Mr. Xi enjoys advantages that may allow him to cope with the economic fallout far better than Mr. Trump can. His authoritarian grip on the news media and the party means there is little room for criticism of his policies, even as Mr. Trump must contend with complaints from American companies and consumers before important midterm elections in November.

The Chinese government also has much greater control over the economy, allowing it to shield the public from job cuts or factory closings by ordering banks to support industries suffering from American tariffs. It can spread the pain of a trade war while tolerating years of losses from state-run companies that dominate major sectors of the economy.

“My impression is that there is in Washington an exaggerated sense of how painful these tariffs might be” in China, said Arthur R. Kroeber, managing director of Gavekal Dragonomics, a research firm in Beijing.

At worst, he estimated, the American actions could shave one- tenth of a percentage point off China’s economic growth — hardly enough to force a drastic reversal of policies, given the enormous benefits that Chinese leaders see in the state-heavy economic model they have relied on in recent decades.

At the same time, Chinese officials seem to believe they can take advantage of what they consider vulnerabilities in the American political system.

“The American agricultural sector is quite influential in the Congress,” said Wang Yong, a professor of economics at Peking University, explaining why China has targeted farm products such as soybeans with possible retaliatory tariffs. “China wants the American domestic political system to do the work.”

There are already signs it might. Hours after China’s announcement on Wednesday, Trump administration officials sought to calm fears that a trade war was imminent, suggesting that they might not pull the trigger on a plan to impose tariffs on $50 billion in Chinese goods such as flat-screen televisions, medical devices and industrial machinery.

Speaking earlier in the day, Mr. Zhu, the vice minister of finance, even thanked American soybean farmers and the association that represents them for declaring their opposition to the Trump administration’s plan.

In addition to soybeans, China threatened to retaliate with tariffs on American cars, chemicals and other products. The 106 goods, many produced in parts of the country that have supported Mr. Trump, were selected to deliver a warning that American workers and consumers would suffer in a protracted standoff.

“If anyone wants to fight, we will be there with him,” Mr. Zhu said, more or less outlining the terms for an American surrender: the removal of unilateral tariffs and a resolution of any grievances through the World Trade Organization. “If he wants to negotiate, the door is open.”

Globally, China’s strategy has been to isolate the United States, splitting it from allies in Europe and Asia who otherwise share American concerns about heavy-handed Chinese trade policies intended to protect key markets and to acquire technology from foreign firms.

Mr. Kroeber said a united front against China would be more effective than American tariffs alone, but so far Mr. Trump has not managed to build one.

Instead, Mr. Xi has largely succeeded in occupying the high moral ground on the world stage, projecting China as the sober-minded steward of international agreements on issues — from global trade to climate change — that Mr. Trump has been eager to walk away from.

“The American side is ready to launch a trade war at the slightest pretext,” the party’s flagship newspaper, People’s Daily, wrote in a blistering editorial on Thursday, condemning Mr. Trump’s tariffs as “totally against the trend of economic globalization.”

“Today, it targets China, and tomorrow may take aim at other countries,” it said.

The party has also seized on the trade dispute as new evidence that the United States is intent on undermining China’s rise as a global power, a central narrative used to justify the party’s, and Mr. Xi’s, rule.

In December, the state news media also highlighted the new National Security Strategy unveiled by the Trump administration, which declared that China “sought to displace the United States in the Indo-Pacific region, expand the reaches of its state-driven economic model, and reorder the region in its favor.”

The document signaled a bipartisan shift in Washington’s posture toward China after decades of economic cooperation and concessions. The party has argued that the United States is only now challenging China because it fears losing its privileged place in the world order.

“The latest U.S. measures against China carry a sense of containment, which purportedly is commonplace among U.S. politicians,” said an editorial in Global Times, a nationalist state-run tabloid. “But they have overlooked the fact that China has grown to be another economic center of the world.”

It went on to note that China’s market was now “no smaller or less attractive” than the American one — a bit of an exaggeration perhaps, but not as big as it would have been a decade ago. And that makes the country a more formidable opponent than Mr. Trump may have anticipated.

“To take China down,” the editorial said, “would mean an unimaginably cruel battle for the U.S.”