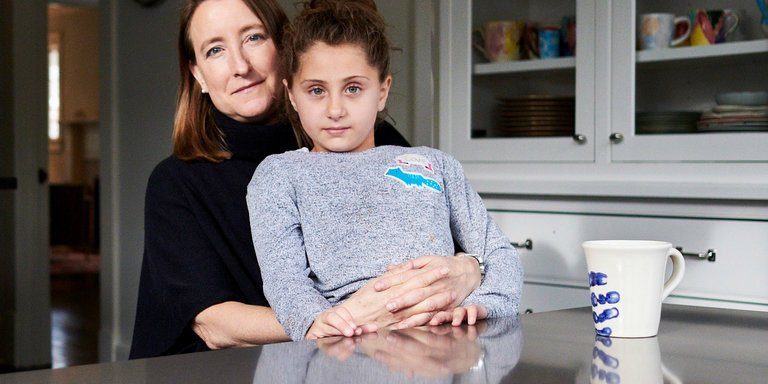 At first glance, a bill passed by the House of Representatives this week seems like the kind of thing anyone could get behind.

Known as the “Right to Try” legislation, it would allow terminally ill patients access to experimental drugs without the approval of the Food and Drug Administration.

But the bill and a similar one passed last summer by the Senate do little to address the main barrier that patients face in getting unapproved treatments: permission from the drug companies themselves.

In recent years, the arrival of breakthrough drugs for everything from cancer to rare diseases has led to a surge in the number of patients wanting early access to treatments. The pleas — sometimes driven by viral social media campaigns — have proved vexing for companies that have invested millions to get a drug to market and are wary of doing anything to jeopardize their chances.

Today, companies’ policies on granting early access to drugs are a confusing patchwork that tends to favor affluent and well-connected patients at leading medical centers, who have the resources and know-how to navigate the system.

“You have to be pretty sophisticated,” said Dr. Arthur L. Caplan, a bioethicist at New York University who has been working with companies, including Johnson & Johnson, to develop better early-access programs. But the bill passed this week, he said, “does somewhere between nothing and absolutely nothing to help you.”

The bill’s passage represented a victory for proponents of “right to try,” a campaign championed by Vice President Mike Pence and initiated by the Goldwater Institute, a libertarian think tank that favors limiting the scope of the F.D.A. At least 38 states have passed local versions of right-to-try laws, which allow patients to sidestep F.D.A. approval once they have received permission from a company.

The right-to-try measures are opposed by a broad coalition of groups, which contend the bill will not help patients and will undermine the authority of the primary regulatory agency, the F.D.A. Four former F.D.A. commissioners, including two each from Democratic and Republican administrations, oppose the bills, as do dozens of patient groups, including the American Cancer Society Cancer Action Network and the American Lung Association.

The pharmaceutical industry, while not taking a position on the issue, has been circumspect. A spokesman for its main lobbying group, the Pharmaceutical Research and Manufacturers of America, said on Friday, “We believe any legislation must truly benefit and protect patients and not disrupt the future of clinical trials, U.S. Food and Drug Administration oversight and the research and approval of new medicines.”

The bill’s future is unclear. On Thursday, Senator Ron Johnson, Republican of Wisconsin, failed to secure unanimous consent in the Senate to pass the House version of the bill after it was blocked by Senator Chuck Schumer, the Democratic leader from New York. Mr. Schumer said that the Senate had already passed its version and that he wanted to work on a compromise bill.

In a statement, Senator Johnson said the next step would be to persuade the House to pass his version.

“Patients and their families are running out of time,” Mr. Johnson said in the statement. “I promise to continue to work tirelessly on behalf of desperate patients for their right to try — their right to hope.”

Supporters say that right-to-try measures will eliminate an unnecessary layer of bureaucracy — obtaining approval from the F.D.A. The legislation includes incentives they say could encourage companies to participate, such as shielding them from lawsuits and preventing the F.D.A. from considering the experiences of patients on the drugs in their eventual decisions about whether to approve them.

“All we’re trying to do with Right to Try is open up another avenue for patients who need it and aren’t served by existing programs,” said Starlee Coleman, a senior policy adviser at the Goldwater Institute.

The F.D.A. already approves 99 percent of such applications, and the agency has streamlined the approval process. Drug companies also have many other reasons to bar access — often, companies do not have enough extra product to give to patients, or they worry that the logistical work of granting access could slow efforts to get the drug approved, when it would become available to any patient who needed it.

There is also the possibility that the drug does not work — many experimental products fail in late-stage trials.

“It”s not going to fix the problem because there are still a lot of reasons why the companies will choose not to share their drugs,” said Nancy Goodman, the founder and executive director of Kids v Cancer, an advocacy group that helps connect patients with companies offering early access to treatment. Ms. Goodman’s son, Jacob, died in 2009 at age 10 of cancer, and she said she asked eight companies for access to their experimental therapies and was turned down every time.

Ms. Goodman said that dying patients do need better access to drugs during what she described as the “uncomfortable” period between when there is consensus that a drug works and when it reaches the market.

Still, she said of the companies, “I can understand why they say no, even though my heart was broken so many times.”

Some companies said they would continue to seek F.D.A. permission, even if a right-to-try bill becomes law.

“In our view, the F.D.A. plays a really important role,” Dr. Joanne Waldstreicher, the chief medical officer of Johnson & Johnson, said in an interview Thursday. Johnson & Johnson initiated a program in 2015 that delegates decisions about early access to a program set up by Dr. Caplan. The F.D.A., Dr. Waldstreicher said, has “information that we don’t have necessarily; they see safety and efficacy information on products that may be similar.”

It is not always clear which patients would benefit under such a law, including those whose names are included in the bills’ title. Both the House and Senate versions carry the name of Jordan McLinn, an Indiana boy with Duchenne muscular dystrophy, a degenerative and ultimately fatal disease with no cure. Jordan and his mother, Laura McLinn, have campaigned with Mr. Pence in favor of a law, and a video about them is featured on the Goldwater Institute website.

In the video, Ms. McLinn discusses an unnamed medicine that she said she believed would allow her son to live a “long, productive life.” But in separate remarks at a public event in February, Ms. McLinn said that her son was in a clinical trial for an experimental drug.

In an email message Thursday, she said, “Our journey has evolved over time with right To try,” adding, “There is not a drug that we are presently trying to access.”

She said she still supported the measure because “we should have that option if it is a pathway that makes sense and works for a treatment we may want to access in the future.”

Ms. Coleman, of the Goldwater Institute, said the video about the McLinns was three years old, “and all of Laura’s statements were accurate at the time and are still reflective of the situation many patients experience.”

In recent years, more companies have developed formal policies on what is often called “compassionate use” in the wake of high-profile campaigns by dying patients and their families.

In 2014, executives at the biotechnology company Chimerix received death threats after refusing to give an experimental drug to a 7-year-old boy, Josh Hardy of Virginia, who was dying from a viral infection. The company ultimately provided the drug to the boy, but the episode led to the departure of the chief executive, Kenneth I. Moch, who has since become a proponent of granting fairer access to experimental drugs. (In 2016, Josh died at age 10 of complications from a rare cancer.)

Before the Hardy family made its request, Mr. Moch said he and his company had been flooded with pleas, ranging from longtime friends to a billionaire, seeking access to the drug, brincidofovir, which still has not been approved by the F.D.A.

“You get these requests and you have to make your judgment,” he said.

Since the episode, he said dozens of companies had contacted him for advice. In addition to Ms. Goodman’s group, another organization, the Reagan-Udall Foundation, also provides information about company programs.

Mr. Moch and others who oppose the legislation acknowledged that it has served a positive purpose.

“The only good thing I see coming out of the right-to-try legislation is the increased awareness within the medical community about expanded access,” he said.

A version of this article appears in print on March 24, 2018, on Page A13 of the New York edition with the headline: For Terminally Ill People, a Convoluted Procedure Just to Give Drugs a Try. Order Reprints| Today's Paper|Subscribe