WHY BIAFRA WILL NEVER BE ONE WITH NIGERIA 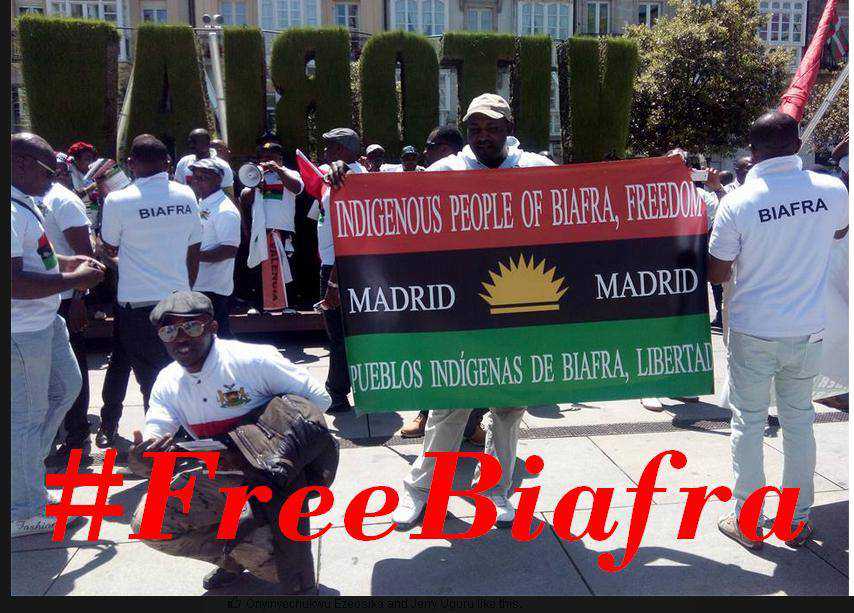 WHY BIAFRA WILL NEVER BE ONE WITH NIGERIA

Nigeria is a country created for the benefit of particular set of people by a British colonial master frederick lugard,he created nigeria without the interest of the people without consultation of the people living in it,
The so called country nigeria consists of various tribes,ethnicity,religion,lifestyle etc which causes discrimination since its creation in 1914,nigeria has never for one day live in peace due to her foundation and is faulty because her people differ in all aspect of commonalities,
these are the three different ethnicities in nigeria, the old Eastern region (Biafrans) Oduduwa’s (southwest/yorubas) and Mohammedan emirate of north(Arewas/hausas),this was their real names before their colonials master came and force them to be one,biafrans are oil rich region which is used to found other ethnic in the contraction called nigeria, lugard manipulated other ethnics which are biafrans and yorubas by presenting hausas as the highest ethnicity and hausas intellectual backwardness they made them friends for their selfish interest so it will be easy to control them,that’s why they are still loyal to Britain due to unending colonial slave granted to them by the British, that’s why Britain helped them fight Biafrans during biafra/nigeria war accompanied by yorubas in 1967-1970, after the bloody genocide committed against Biafran people.
They tried to erase it by withdrawing history subject in our schools to make Biafrans not to recall how we were killed, about 6 million of Biafrans were killed till date no solid compensation has been given to those killed for nothing.
No tangible infrastructure like international airport, seaports, good roads,etc why the hausas and yorubas regions are 80% better than biafra land where the oil money comes from and is been used to found their activities in their areas.
My questions for all those people against biafra,how can we be happy when we are treated like third hand citizen in the country? Why can’t biafra people go to their region to invest and do businesses hence there is no international airports and seaports in biafra land?why do we Biafrans partner with our killers? Biafra can not partner with nigeria due to over 6 million Biafrans killed by nigerians their spirits are restless till Biafra comes,no love in that unholy marriage lasted more than 100 years failed to work,it is Biafra or death!
By Nwaiwu Chukwuebuka
Edited by Udeagha Obasi
For IPOB writer
Facebook Comments
Tweet
Pin
Share3
3 Shares
By Uchechi Collins10th March 2016
Share this post
Share on FacebookShare on Facebook TweetShare on Twitter Pin itShare on Pinterest Share on WhatsAppShare on WhatsApp