Who’s on course for Russia? 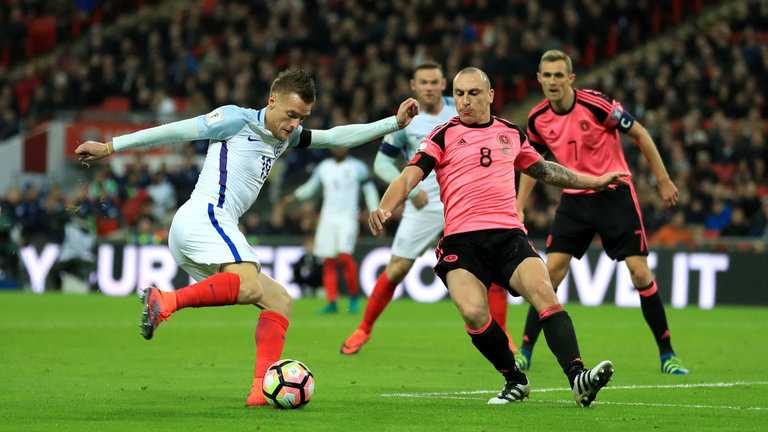 With the World Cup Qualifiers back on Sky Sports this weekend, we look at how the Home Nations are faring and see who’s on course to reach Russia next year.

The European Qualifiers will pass the halfway stage this month, and Sky Sports will bring you all the drama as the Home Nations hope to make their World Cup dreams a reality.

We run through the state of play for England, Northern Ireland, Scotland and Wales, while also looking at how the other big-hitters are getting on…

Gareth Southgate’s side, who are four points ahead of second-placed Slovakia, will be expected to see out the campaign as group winners as they bid to reach their sixth straight World Cup.

A testing encounter in Scotland awaits on June 10 – live on Sky Sports 5 – while home matches against Slovakia and Slovenia come between trips to Malta and Lithuania.

Scotland meanwhile are currently fourth in the group, one point behind Slovenia and two off Slovakia.

The eight best group runners-up (nine groups in total) go on to play a two-legged play-off for a place in Russia, and Scotland’s fate could well be decided in their final two games, as they host Slovakia on October 5 before travelling to Slovenia three days later.

Wales up against it

Following the nation’s heroics at Euro 2016, Wales have a battle on their hands to qualify for a first World Cup since 1958.

After one win and four draws, Chris Coleman’s side trail Serbia and the Republic of Ireland by four points, and must rely on the top two to falter if they want to make only their second-ever World Cup.

Wales’ upcoming match in Serbia on June 11 – which is live on Sky Sports 1 – is undoubtedly a must-win, while they entertain Ireland in their final Group D game on October 9.

The chances of Northern Ireland catching Germany in Group C are slim at best, with the world champions five points clear at the top after a perfect first half to the campaign (W5).

However, Northern Ireland are currently leading the fight for second, as they are two points above the Czech Republic and three clear of Azerbaijan.

Northern Ireland travel to Azerbaijan on June 10 – live on Sky Sports Mix – and that clash, plus the home tie against the Czech Republic on September 4, could well decide who finishes as group runners-up.

Best of the rest

Spain and Italy look set to take their Group G fight to the wire with both sides on 13 points after five games.

The two footballing heavyweights drew 1-1 in Italy last October, while the all-important return fixture comes on September 2 in Spain.

Both will be in action this June, with Spain heading to Macedonia (Sky Sports 2, July 11) and Italy hosting Liechtenstein (Sky Sports Mix, July 11).

Elsewhere, France are looking strong in Group A, and face nearest challengers Sweden on June 9, live on Sky Sports 1.

Euro 2016 champions Portugal are three points behind Switzerland in Group B. The Swiss travel to Faroe Islands next, while Portugal head to Latvia – both matches are available on the Sky Sports 1 red button on June 9.

Meanwhile, Belgium are top of Group H with 13 points, two clear of Greece, and Roberto Martinez’s side face Estonia away on June 9, live on Sky Sports 3.