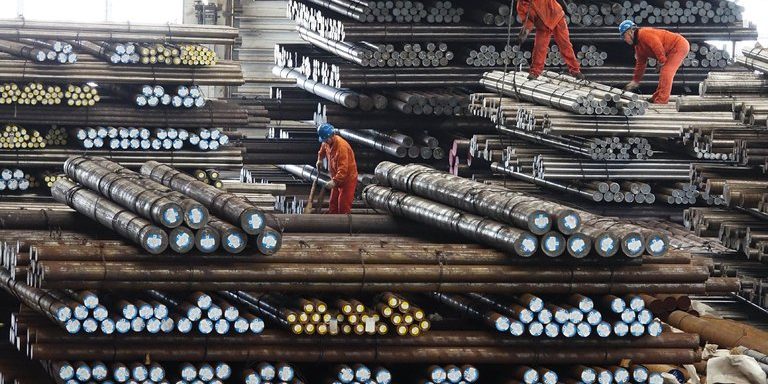 WASHINGTON — The Trump administration said Tuesday that it will place a 25 percent tariff on Chinese products like flat-screen televisions, medical devices, aircraft parts and batteries, outlining more than 1,300 imported goods that will soon face levies as part of a sweeping trade measure aimed at penalizing China for its trade practices.

The move, which stems from a White House investigation into China’s use of pressure, intimidation and theft to obtain American technologies, is likely to inflame an already-simmering trade war between the countries. On Monday, China said it would slap tariffs on 128 American products in response to a separate White House plan to tax steel and aluminum from China and other countries.

The products targeted by the White House are part of its plan to go after China’s dominance in cutting-edge technologies like semiconductors, electric vehicles and advanced medical products — industries that China is pursuing dominance in as part of an industrial plan known as “Made in China 2025.”

The Trump administration said that its analysts had identified products that benefit from these policies but refined the list to remove goods that were likely to cause disruptions to the United States economy or consumers.

The list of goods excludes many Chinese-made consumer products available for sale at Target or Walmart, including clothing, shoes and toys. But it will most likely increase costs for American manufacturers that depend on imported parts because it concentrates heavily on machinery and high-tech components. The tariffs will be imposed on a total of $50 billion worth of Chinese products each year.

The designation of targeted products will be followed by a comment period in which American companies can provide feedback to the Trump administration on the product choices. The administration will hold a public hearing on the submissions on May 15 in Washington, and companies will have until May 22 to file final objections.

Business groups, concerned about the effect on companies and workers, swiftly criticized the move.

“Unilaterally imposing $50 billion of new tariffs without a long-term strategy that leads to economic reforms in China will only hurt America’s businesses, workers, and families,” the Business Roundtable, a corporate trade group, said in a statement. “Instead, the administration should work with U.S. allies on an approach that advances meaningful reform in China without imposing significant harm on America’s economy.”

Jay Timmons, the president of the National Association of Manufacturers, said that American manufacturers were concerned about the trade relationship with China, including intellectual property theft, counterfeit goods and unfair subsidies, but also that tariffs were not the best response.

In a strongly worded statement on Tuesday, the Chinese Embassy in the United States condemned the tariffs. “Such unilateralistic and protectionist action has gravely violated fundamental principles and values of the W.T.O.,” the statement said. “It serves neither China’s interest, nor U.S. interest, even less the interest of the global economy.”

The Chinese would resort to “measures of equal scale and strength against U.S. products in accordance with Chinese law,” the statement said.

While many American companies say they are unfairly treated in China, they have rued the possibility of a trade war between the world’s two largest economies, and the economic harm it could cause, and have begun pushing back against the White House’s plans. China remains a crucial and growing market for companies like John Deere and Apple, as well as for soybean farmers and growers of other agricultural products.

Financial markets fell sharply on Monday as China imposed its own retaliatory tariffs on American products but regained most of their lost territory on Tuesday.

President Trump, who has repeatedly promised tough action on China’s trade practices, said Tuesday that he intended to get along with China but that its unfair trade behavior had gone on too long. “It’s not something we can live with,” Mr. Trump said at the White House, adding, “I campaigned on that.”

Trump advisers have criticized past administrations for allowing China to receive the benefits of global trade while continuing to break the international trade rules imposed by organizations like the World Trade Organization — a charge China denies.

But the administration has struggled to persuade its critics that the kind of tough trade measures Mr. Trump favors can alter China’s behavior without tipping the world into a trade war and ultimately harming American workers and consumers. In addition to the tariffs, the White House is preparing to restrict Chinese investment in American technology and innovation, and to start a case against China at the World Trade Organization.

“The administration is rightly focused on restoring equity and fairness in our trade relationship with China,” said Myron Brilliant, an executive vice president and the head of international affairs at the U.S. Chamber of Commerce. “However, imposing taxes on products used daily by American consumers and job creators is not the way to achieve those ends.”

The Coalition for a Prosperous America, an organization that has supported the president’s trade agenda, called the China action a shift from “naïve” to “strategic” trade. “The age of appeasement must end,” said Paola Masman, the group’s media director.

But the administration’s trade measures are prompting concern among many American companies, who are wary of Beijing’s response.

The United States’ largest exports to China last year were aircraft and aircraft parts, which totaled more than $16 billion, according to IHS Markit. These products featured heavily on Tuesday’s list, setting off fears that China could retaliate with similar penalties against American plane maker Boeing.

Dan Stohr, a spokesman for the Aerospace Industries Association, said the group was still reviewing the tariff list but would almost certainly file comments with the administration.

Farming communities, one of the country’s largest exporters and a solid base for Mr. Trump, are among the most vulnerable. Chinese tariffs of 25 percent will particularly hurt American pork farmers, who sent more than $1 billion worth of products to China last year.

Senator Joni Ernst, Republican of Iowa, said American farmers were already struggling to make ends meet. “Increasing tariffs on exports will harm Iowa producers and undermine the rural economy,” Ms. Ernst said. “It’s my hope that we can pursue policies that enhance our competitiveness, rather than reduce our access to foreign markets.”

A version of this article appears in print on April 4, 2018, on Page A20 of the New York edition with the headline: White House Unveils Tariffs on Over 1,300 Chinese Products. Order Reprints| Today's Paper|Subscribe