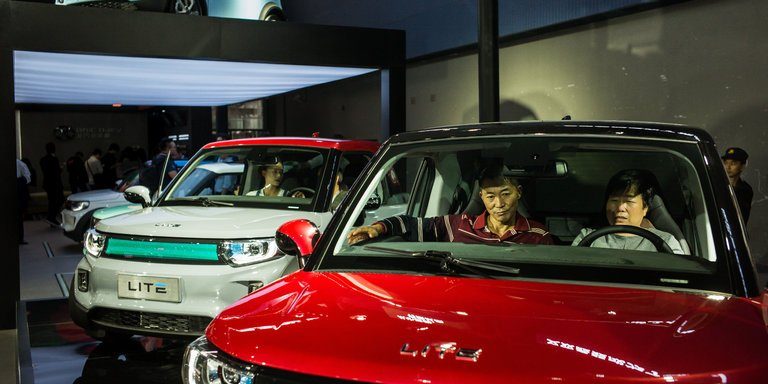 WASHINGTON — As the White House prepares to levy punishing tariffs on an array of Chinese goods, it is planning a much more strategic strike against China’s dominance in cutting-edge technology by restricting investment in American innovation.

The Trump administration is preparing to limit Chinese investment in sensitive American technology, ranging from microchips to 5G wireless technology, as it tries to prevent China from gaining an edge in industries projected to power the global economy for decades. After years of tough restrictions on American companies trying to operate in China, including coercing the transfer of proprietary technology, the White House is looking to subject China to similar investment hurdles in the United States.

To do so, the Treasury Department is considering using a powerful law generally reserved for national emergencies, according to administration officials. The 1977 International Emergency Economic Powers Act, which was used to place sanctions on other countries after the Sept. 11 attacks, gives the president broad authority to respond to an “unusual and extraordinary threat,” including by halting incoming Chinese transactions, nullifying business deals and freezing foreign-owned assets.

Matt Gold, a professor at Fordham University School of Law, said the statute has allowed the United States to impose economic sanctions on nations like Iran and Sudan and tends “to involve restrictions on U.S. firms investing in those countries or doing business with firms of those countries.”

Using the law to restrict investment from China would allow the president to “block transactions to move funds, dispose of assets or otherwise do business,” Mr. Gold said.

That would be a significant broadening of America’s existing power when it comes to foreign investment. The United States has broad export controls on sensitive technologies, and it reviews international mergers through the Committee on Foreign Investment in the United States, which can recommend that the president block foreign investments that pose a threat to national security.

But the International Emergency Economic Powers Act could expand that power to any type of investment, whether or not it poses a security risk, and allow the administration to potentially block a high volume of Chinese deals, which Cfius does not have the resources to handle.

The United States has already thwarted some Chinese investments, and the new rules could potentially prevent Chinese firms from investing in a wider range of deals. China invested about $45 billion in the United States in 2016, according to tracking by the research firm Rhodium Group, up from around $15 billion the previous year.

The White House, which has called China an “economic enemy,” wants to target the advanced industries Beijing has vowed to build up as part of its “Made in China 2025” plan. Those include electric vehicles, high-tech shipping and aerospace technology.

Investment restrictions would be the second stage, following tariffs, in a sweeping trade measure that aims to penalize China for what the United States deems unfair trade practices.

The administration is particularly concerned about investments in the United States made by Chinese state-controlled enterprises that take intellectual property from American companies and export it to China.

A 2017 report from the U.S.-China Economic and Security Review Commission, a group created by Congress to monitor relations between the countries, said Chinese investment in the United States had been strategically focused on information and communications technology, agriculture and biotechnology. This presents potential risks to American national and economic security, said the report, which noted that American companies lacked “reciprocal” treatment in China and that they had to disclose valuable technological information to gain access to the Chinese market.

“This would expand the current concept of what counts of national security, linking of national security and economic security,” said John P. Kabealo, a lawyer who specializes in foreign investment matters. “It could very fundamentally change how international transactions are conducted.”

The Trump administration’s trade threats have rocked relations and business ties between the world’s two largest economies. Farmers, retailers and other industries that depend on trade with China have protested, saying the measures could damage their businesses and American jobs.

Chinese and American officials have quietly begun talks since President Trump announced the trade measures last week. But it remains unclear what kind of compromise the Chinese could offer to avoid sanctions, and whether Beijing would be willing to pay such a price.

So far, China’s response to the potential trade action has been relatively muted, as it waits for the Trump administration to finalize its plans. The country did respond sharply to Mr. Trump’s earlier tariffs on steel and aluminum imports. China released a $3 billion list of goods it said it might charge with higher tariffs, including a 25 percent tariff on pork and aluminum scrap, as well as a 15 percent tariff on steel pipes, wine and ethanol.

In his March 22 announcement of the China trade measure, Mr. Trump said the Treasury Department would finalize the investment restrictions within 60 days. But the Trump administration is still determining how to carry out those restrictions.

Mr. Trump has already wielded the power the Committee on Foreign Investment in the United States grants him to block foreign transactions. In mid-March, he rejected a bid by Singapore-based Broadcom for American chip giant Qualcomm, fearing that the merger could leave China’s chip industry more dominant. In January, opposition from the Trump administration persuaded Ant Financial, a Chinese firm, to pull out of a deal for MoneyGram. And in September, Mr. Trump blocked a Chinese-backed investor from buying another chip company, Lattice Semiconductor.

Yet many critics say this system of case-by-case reviews is riddled with inefficiencies and bottlenecks, and has been insufficient to stop China from gradually eroding American advantages in the high-tech sphere.

Congress has been considering legislation that would expand the powers of the Committee on Foreign Investment in the United States, but has been moving slowly.

A version of this article appears in print on March 29, 2018, on Page B2 of the New York edition with the headline: White House Weighs Emergency Law to Curb Chinese Investment. Order Reprints| Today's Paper|Subscribe