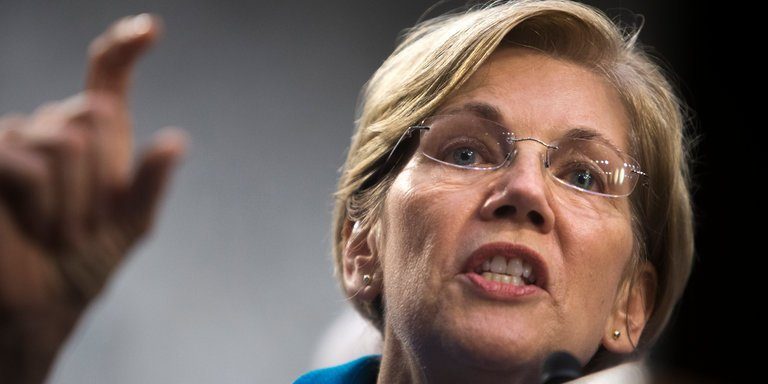 A persistent complaint about the government’s response to the financial crisis has been that the executives who helped push the economy to the brink were not charged with crimes.

Prosecutors have not been able to prosecute managers with the usual tools for pursuing white-collar cases, like wire fraud or false statements, because defenses of ignorance or good faith could not be overcome.

One way to remedy that problem would be to lower the level of intent needed to establish a violation. Doing so might make it easier to hold an executive who is not part of day-to-day decisions responsible for wrongdoing.

Senator Elizabeth Warren, Democrat of Massachusetts, is the latest official to try to change the calculus for holding executives accountable for misconduct at financial institutions. She introduced the “Ending Too Big To Jail Act” last month. The name comes from the notion, bolstered in 2013 by the then-attorney general, Eric H. Holder Jr., that some banks were so large that it was “difficult for us to prosecute them.”

The legislation requires officers of any bank with more than $10 billion in assets to certify each year that they have not uncovered any criminal conduct or civil fraud to the Justice Department.

Even if it did pass — which seems unlikely in the current anti-regulation environment — the proposed certification requirement is unlikely to result in a wave of prosecutions. The criminal law is a blunt instrument for pursuing corporate misconduct, and executives are experts at keeping problems at arms-length, or at least maintaining the kind of plausible deniability that makes it difficult to prosecute them.

Prosecuting a bank is easier than proving an individual committed a crime. The intent of all employees is attributed to the organization, which is vicariously liable for what individuals do on its behalf. But prosecuting executives means showing they had knowledge of a violation. That can be difficult.

Ms. Warren’s bill tries to remedy that by forcing management to make the necessary inquiries to determine that the organization is not violating the law.

The bill would add a new offense for an executive who “willfully” files a false certification, including violations that are “part of a pattern of any illegal activity involving more than $100,000” in a year. The maximum penalty would be up to 10 years in prison and a $500,000 fine.

The challenge for prosecuting such violations would be showing the requisite intent. The Supreme Court noted in Bryan v. United States that “willfully” is “a word of many meanings whose construction is often dependent on the context in which it appears.” That means a court could interpret the provision as requiring proof a defendant purposely sought to mislead the government in filing a false certification. Such an interpretation would be a substantial hurdle to proving a violation.

Another possibility is having to show merely that executives knew they were engaged in wrongful activity. That is much easier to prove and something that prosecutors would no doubt prefer.

Congress adopted a similar certification requirement in the Sarbanes-Oxley Act in 2002 in response to the accounting frauds at Enron and WorldCom. Under the law, the chief executives and chief financial officers of publicly traded companies must certify that any report filed with the Securities and Exchange Commission “fairly presents, in all material respects, the financial condition and results of operation” of the company, with a knowing or willful violation subject to criminal prosecution.

The first high-profile prosecution under the statute involved Richard M. Scrushy, the former chief executive of HealthSouth. But the case resulted in an acquittal, a black eye for the Justice Department.

The Sarbanes-Oxley certification statute has been used in only a few cases since. In each instance, prosecutors had evidence that the executive had direct knowledge of the fraudulent activity.

Absent proof of an executive’s involvement, or at least knowledge, of the fraud, a willful violation of the certification requirement in Ms. Warren’s legislation would be difficult to prove. We can expect executives to put in new procedures to show that they tried to comply with the law, which can provide a basis for claiming there was not an intentional violation of the certification requirement.

For those reasons, I doubt the Too Big to Jail Act would result in increased criminal liability for executives. There is no simple cure to the challenge of holding senior managers responsible for what takes place within their organizations.