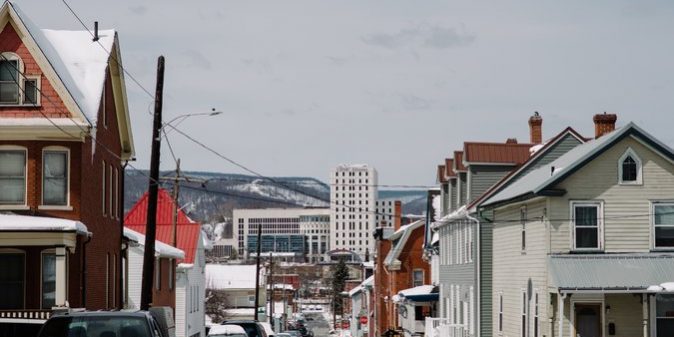 When 20,000 West Virginia teachers staged a rare statewide walkout, questions of pay and benefits dominated the headlines. But those concerns could not fully account for the teachers’ ferocious resolve. After all, stagnant wages and receding benefits have been an issue for workers for decades.

The missing variable appears to have been anxiety about their status as professionals.

Fred Albert, a math teacher and local union official in the Charleston area, said many felt that the Legislature had devalued their training and certification by proposing to let people teach a subject they hadn’t studied and had no experience in.

“If someone really wants to be a teacher, if they feel the call to be in the classroom with students, they need to go through the same programs we went through,” he said.

In that sense, Mr. Albert and his colleagues were in the mainstream of recent labor history. From doctors and nurses to government workers and journalists, some of the most aggressive and successful labor actions in recent years have erupted when professionals felt their judgment, expertise and autonomy were under assault.

Teachers in Oklahoma, who are threatening a walkout on April 2, have expressed similar frustrations, as have adjunct faculty members at a college in Florida and the recently unionized staff of The Los Angeles Times.

Robert Bruno, a professor of labor relations at the University of Illinois, said that while compensation and job security were often core concerns, “what really generates this explosion of resistance among professional workers is when they feel they’re the last line of defense between the public they serve and others who would threaten the professionalism of their work.”

In most cases, said Tracey Adams, a sociologist who studies professions at the University of Western Ontario, the workers tended to be driven by a sense that they were improving society, not just adding to the bottom line. In return, the public and government officials often deferred to them in the areas where they asserted authority. This netted them the resources to do their jobs, the independence to exercise their judgment and widespread public esteem.

That has changed in the past few decades, however. “I think that most professions would find that there are a number of forces chipping away at a lot of those tangible and less tangible benefits,” Professor Adams said. “Increasingly people say, ‘I’m not sure I trust you more than the next person.’”

Technological developments like the internet have undermined claims to expertise, as anyone can research an illness or dash off a blog post. Shrinking budgets have left teachers and other government workers with fewer resources. Consolidation in the health care and media industries has made doctors, nurses and journalists feel like cogs in corporate machines that don’t share their values.

The upshot is a group of workers who perceive a relatively persistent assault on their status, and who occasionally rise up in response.

In January, those concerns were in evidence when journalists at The Los Angeles Times, which for more than 100 years stood as one of the most anti-union employers in the industry, voted overwhelmingly to unionize.

According to Matt Pearce, a national correspondent who served on the organizing committee, many colleagues were initially ambivalent about unionizing. But that changed when the paper became embroiled in a standoff with the Walt Disney Company, which had denied its journalists access to advance movie screenings in response to an investigative series about the company.

After the paper’s newly installed editor, Lewis D’Vorkin, appeared to resist covering the controversy and later criticized reporters for sharing a recording with The New York Times in which he discussed the matter internally, support for the union grew.

“It was a very fundamental thing over journalistic principles that had a radicalizing effect on a lot of people in the newsroom,” Mr. Pearce said. Referring to both the newspaper’s leadership and its corporate parent, he added, “There was a palpable sense that they had no patience for the doctrinaire traditional rituals of newspaper journalism.”

Doctors and nurses have also reacted viscerally when they believed that managers were limiting their autonomy and disregarding their judgment. In 2014, doctors at an Oregon medical center voted to create a union after their employer proposed outsourcing management of their group. Such a change, now common in the profession, could have increased their pay, but the doctors worried about being forced to see more patients in a day than they could safely treat.

The hospital eventually abandoned the outsourcing initiative and agreed to a contract addressing most of the doctors’ concerns after about 18 months of bargaining.

Nurses at the community hospital in Altoona, Pa., briefly went on strike that same year, not long after their facility became part of the Pittsburgh-based medical behemoth UPMC. The nurses felt that management was leaving their hospital understaffed, and that their new overseers had no time for their input.

Paula Stellabotte, a nurse at the hospital, said that her colleagues had won some concessions but that adequate staffing remained a struggle, along with having a say in hospital policies.

“It always amazed me that they had money for consultants, but we’re right here,” Ms. Stellabotte said. “They don’t need to pay consultants.”

At Hillsborough Community College in the Tampa, Fla., area, adjunct faculty members unionized in 2016, provoked by their meager compensation and a sense that the administration had no respect for their expertise.

Cheryl DeFlavis, an adjunct sociology professor, said the main issue was “exclusion from the policies that shape campus life.” For example, she said, she and her fellow adjuncts teach a significant portion of the classes on campus but have almost no say over textbook choice.

“To complete your degree and jump through hurdles to get a job, and then they make that choice for you, is pretty frustrating,” Ms. DeFlavis said. “To top it off, it’s usually someone outside your field. They might not pick a book you feel like students benefit from.”

(A college spokeswoman said that adjuncts could take part in meetings of the textbook committee but that only full-time tenured professors could vote on books. While department heads who may not have expertise in a discipline have the final say on books, they are obligated to consult with full-time faculty members within the discipline.)

Still, public-school teachers have arguably endured the most direct challenge to their professionalism in recent years.

“There has been a decade, two decades of bipartisan attempts to reform education that left out teachers,” Professor Bruno, the labor-relations expert, said. “They’ve seen it in a million small cuts, and some other really large frontal bludgeonings.”

In some districts around the country, for example, teachers have been required to clock in and out each day on a computerized clock, in the tradition of factory workers.

“It was different because we’re not considered hourly employees. We’re salaried,” said Beverly Reynolds, the president of the teachers’ union in Davidson County, N.C. “Some of them were sitting there thinking, ‘I clock out, but then I get home and do three hours of work at night.’” (The county superintendent agreed to end the clocking-out portion of the ritual in 2016 after years of complaints. The practice continues in other districts.)

And teachers across the country bemoan the rise of merit-based pay incentives and the growing use of standardized test scores for their evaluations.

Some of these frustrations boiled over into a tense, seven-day teachers’ strike in Chicago in 2012, which was widely seen as a flash point in the national debate over more businesslike approaches to managing schools. As a result of the strike, teachers reduced the portion of their evaluation based on student test scores to 30 percent, from a proposed 40 percent.

“It was just ridiculous — not a way to show what I’m doing in the classroom,” said Lillian Kass, who teaches high school special education in Chicago.

The anger shows little sign of dissipating. In Oklahoma, teachers complain of being near the bottom in the country in pay. But some say it is the near-collapse of their profession in the state that has truly demoralized them.

Ed Allen, president of the local teachers’ union in Oklahoma City, said there were about 2,000 emergency certified teachers in the state, exempted from traditional certification requirements to fill staff shortages. In some schools, such teachers account for nearly half the faculty.

“God bless people who are trying to get in and help learn a new profession, but these folks come in at square one,” Mr. Allen said. “They don’t know lesson plans, rules and procedures. They don’t know grading.”

As teachers see it, he added, “this is just a symptom of a lack of respect for our profession.”

A version of this article appears in print on March 26, 2018, on Page A1 of the New York edition with the headline: Labor Revolts Signal Threats Beyond Money. Order Reprints| Today's Paper|Subscribe