When is the right time for Nigeria to decide 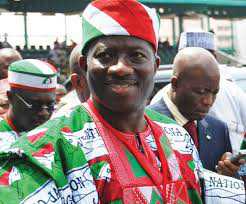 Nigeria, a country in West Africa, has faced a lot of challenges over the years. The level of insecurity and other news of insurgencies have almost jeopardised the future of the country. It is no news any longer, especially in the northern parts of the country, to see houses razed by fire, dead bodies, women and young children being raped; due to the menace of the Boko Haram sect, whose first mission was to oppose Western education but who have since gone on to make more demands from the government.

The Dana plane crash that led to the instant death of 153 people on June 3, 2012 was reported to have originated from the careless attitude of the management of Dana Airlines.

Corruption is now a widespread deadly disease we live with daily, and it has been permitted to get through us to the point that our

leaders now feed fat on the sweat of the masses. We are yet to find suitable solutions to all these problems.

The normal living conditions expected of an average man are not admirable considering poor health care, poor maintenance culture, insufficient basic amenities, low level of education, amongst others. An example is the on-going strike which has led to a compulsory break for students in public tertiary institutions; all as a result of the refusal of the Federal Government to revitalise the structures of the universities, and also to increase the income of lecturers. The Academic Staff Union of Universities (ASUU), has demanded from the Federal Government a total payment of N92 billion which has been promised since 2009.

In Nigeria, there is another issue, which is the unstable power supply. It’s good to know that the government is coming to an understanding that privatisation of the power sector will be much helpful as this will enhance transparency.

In spite of all these, the country still thrives.

Martin Luther King Jr. once said: “…But today our very survival depends on our ability to stay awake, to adjust to new ideas, to remain vigilant and to face the challenge of change. The large house in which we live demands that we transform this world-wide neighbourhood into a world – wide brotherhood…We must work passionately and indefatigably to bridge the gulf between our scientific progress and our moral progress…”

Just as challenges are faced by individuals to be learnt from so as to bring about greater achievements, the same applies to Nigeria as a country. Like Nigeria, threats are also posed to other countries; rapid debt crisis in South Africa, dispersion of criminal networks in Mozambique, exceptional threat for children in Mali, famine in Somalia, among others.

Nigeria is the most populous country in Africa. With respect to economy, it is the second largest. Its richness in ethnic diversity has no doubt been displayed by its composition of over 250 ethnic groups. It is the 12th largest producer of crude oil in the world. Agriculture has also helped in the advancement of the nation’s economy. Recently, Nigeria emerged as one of the 50 most reputable countries in the world.

Nigerians are great in entrepreneurial skills. Gone are the days when people depend solely on the government for job opportunities. Majority are now aware of the fact that entrepreneurship is a major solution to the fight against unemployment. People now appreciate the benefits of a free market society.

Aliko Dangote, a Nigerian business entrepreneur, the owner of Dangote Group, is one of the richest men in the world. Also, four Nigerian youths made the under-30 Africa’s best young entrepreneurs rated of Forbes magazine.

The above facts and figures should not be noted with complacency. What really matters now is for the world to have to a better and, if possible, the best perception about the country.

Nigerians know what to do for the best enhancement of the nation’s economy, like any other human being; it’s just that there’s been this relaxed attitude about moving forward in the practical sense. For instance, Nigerians know that a decline in the rate of corruption in the country will bring about a change in the nation’s growth and increment in its Gross Domestic Product. We know that withdrawal from incessant killings and bombings will have a good impression on the country. We know that a standard level of security will boost the economy and this will encourage foreign investors to come to the country with convincing mindset. Also, making proper use of available resources in a right way for everyone will be of assistance in a huge way.

We know that all these will bring about freedom from unnecessary encumbrances.

To achieve healthy growth, Nigerians must be ready to make sacrifices for proper transformation, because “developed” countries as well made sacrifices before they got that title.

The time to stop thinking about theories and start being practical is now.

Odunola Oladejo, who contributed this piece, is President of African Liberty Students’ Organization, University of Ibadan, and a Senior Charter Team Member of the Students For Liberty.