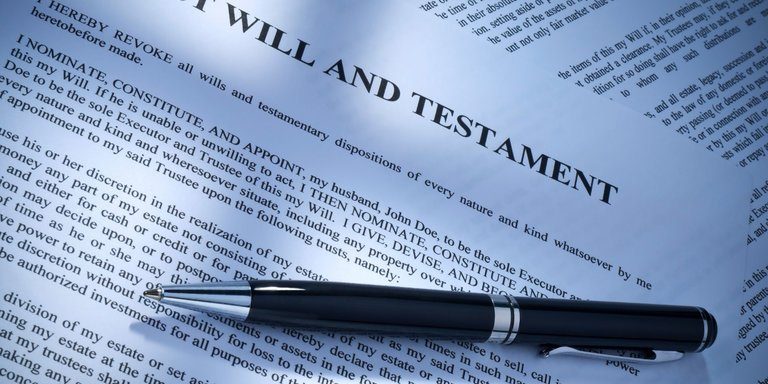 Did you know Prince died without a will? It’s true!

All that money, and one of the greatest performers I ever saw onstage didn’t spend a little of it on sorting out his estate? It amazes me.

Death is inevitable, but we continue to make long-term bets: We shop at Costco. My wife, Jeanne, and I might have enough economy-size jugs of Tide and gigantic packages of toilet paper rolls to survive into the next century.

Still, preparing for an eventual demise — at least by drawing up a will — is a good idea. A will smooths the way for your heirs to inherit whatever you’re going to give them, saving time and money. Wills can also help you avoid tax pitfalls and feuding heirs. (Remember: The conflict at the heart of Dickens’s “Bleak House” is a generations-long lawsuit over an inheritance. No spoilers, but the case did not end well for anyone involved, over several generations, except the lawyers.)

Wills provide control over more than money. For people whose children are still minors, the will names guardians. If you haven’t written these decisions down, the government will make money and custodial decisions itself. You’ll be beyond caring by then, but why not do what you can ahead of time to see that the assets get distributed as you’d like?

Despite all these very good reasons, I didn’t have a will until just a year and a half ago, when I dedicated myself to taking care of all of the financial matters I’d let slip for, well, decades. We don’t have a Warren Buffett—sized fortune to bestow on the kids, but a house and 401(k) accounts add up to something. Still, we had put it off, like everything else that involved thinking about money and death.

We were in good company: fewer than half of Americans have written a will, according to a 2016 Gallup poll.

So! Let’s talk about writing a will.

First, I tried going online for a do-it-yourself approach. Several products can help you write your own will and other estate documents, including financial guru Suze Orman’s “Financial Security Now” and an assortment of products from LegacyWriter.com, LegalZoom.com, BuildaWill.com and Nolo.com.

If your finances and family are all extremely straightforward, these can work, but if you do write a will on your own, hire a lawyer to check your efforts. Some of the products offer consultation with an attorney who will vet the resulting document.

If your financial life is more complicated — owning a business, say, or having a child who might need a trust — hiring a lawyer is the way to go. A lawyer can help explain the benefits of having things like a “dynasty trust,” which sounds like it would only be for rich people but which can help protect an inheritance from being lost in a divorce.

Jeanne and I decided to hire an attorney. We also got a living will, which tells doctors how far to go in saving your life. (Neither Jeanne nor I want extraordinary measures keeping us suspended hellishly between life and death after hope of recovery is gone.)

After consulting with friends and my chief legal adviser (Google), I eventually landed on a guy in town called Nathan Arnell. A friend had told me in an email, “I have zero standard of comparison and have no idea if his fee was high, low or average, but he’s a nice guy and seemed fine.”

I’m not big on extreme vetting. He’s the one I called.

We got an appointment and Mr. Arnell said he would provide the will and our advance directives (our medical wishes if we’re incapacitated) as part of a package. The process, he said, could cost as much as $3,000 if we had a lot of changes or complications, but would be much less if things were straightforward. He could make the document flexible enough to serve for some time but easy to change if need be — which would increase costs.

“You can make a new one every single day,” he said. “Good for me, not so good for you.”

For most people, that’s overkill; experts say it’s good to revisit the will every five years to adapt it to changing circumstances, but most people shouldn’t have to change it more often than that.

We talked for a bit about the tax implications of our deaths — that the federal estate tax affects only people with millions of dollars’ worth of assets. We’d have to have combined assets worth millions of dollars to be affected, he said. (Currently, it’s about $11 million for couples.)This only affects about 4 percent of people in the United States, but if you’d like to brush up on how the new tax law affects the estate tax, you can read all about it here.

Mr. Arnell also laid out the scenarios that cause wills to become complex and fractious, like multiple marriages, blended families with stepchildren from those various marriages, families in conflict, and more.

“We’ve only been married to each other,” Jeanne told him. “All of our children are our children. And we all get along.”

You could see his shoulders relax. He then asked what our assets might be: house, 401(k), life insurance. He would include clauses giving the surviving spouse lots of flexibility in planning how to get the money and to do tax planning around the inheritance. We told him about setting up a trust for our younger son, who deals with depression. It would be administered by his big sister.

“That’s why I was asking whether they get along,” he said and discussed setting up a system that would allow our son to get 5 percent of his share every year. He told us to make sure to talk to our daughter to ensure she was willing to take on the responsibility. (She was.)

For many people, especially dual-income couples with no kids who might have substantial assets to spread around, this the moment to discuss charitable bequests. Whether it’s gifts to charities, hospitals, political parties, religious organizations, your alma mater or other organizations, the choices you make with a portion of your assets now can make a difference in the world when the time comes.

We then moved on to the advance directive and power of attorney, which is the ability of a person designated by us to make decisions for us if we become incapacitated. Our attorney advised us to think hard about giving medical power of attorney to one of the kids.

“If you don’t think she could pull the plug, then she’s not the right person,” he said.

He then gave us homework: tracking down our pensions, insurance policies, retirement accounts and anything else that will pass to heirs when we die. We would need to make sure that the beneficiaries named in all those documents lined up with what we were putting into the will. In most cases, the contract terms of the beneficiary statements will control what happens.

Death wishes secured. So … now what?

We left. Jeanne and I walked over to a nearby Starbucks for a break.

“That was really depressing,” she said.

A few weeks later, Mr. Arnell sent a stack of digital documents: a will for me and for Jeanne; a durable power of attorney for each of us; and a living will/health care directives. The wills were 41 pages apiece; the other documents came to a dozen pages more for each of us. Dry stuff, though he included a readable summary.

We went back to his office, briefly discussed the provisions of the wills and signed them. A short time after that, we got the final bill: a little less than $2,000. We left a copy of the documents at his office, so it would be easy to find in case we both died suddenly. The point is to keep the paperwork somewhere the family will be able to find it, such as a safe deposit box or a good fireproof safe, or with a trusted relative — and make sure that people know where to find it.

Now we have wills. One more worry is gone, or maybe it was a source of guilt. Or maybe it was just a nagging thought. I won’t be happy to die, but I won’t be tormented over leaving that particular loose end undone.

There’s something to be said for that.

Get a will. Really. Dying without one — ”intestate” — is a drag for everyone.

Get a lawyer. Unless your life is wonderfully uncomplicated, you’ll want the help of an adviser. Even if you do it yourself, have an attorney look over your work.

Decide on your beneficiaries, and make sure your insurance policies and other investments are in agreement with what your will says.

Name an executor. It’s a tough and thankless job, so get someone with good judgment; this person can be paid out of your estate.

Got young kids? Name a guardian. If not, the courts will appoint one; why not take care of this essential matter ahead of time?

Secure your paperwork. Once the documents are done, put them in a safe place and make sure your relatives know how to find it.

Revisit it every five years. The world changes; your will should, too.

John Schwartz covers climate change for The New York Times. His new book, from which this story is excerpted, is “This Is the Year I Put My Financial Life in Order.”