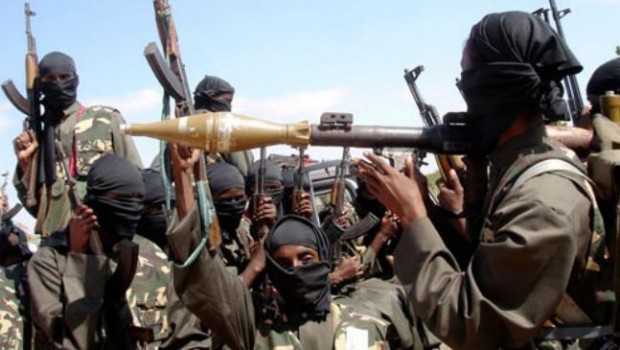 Lagosians got yesterday perhaps the first hint of Boko Haram’s imprint in the city.

Abubakar Shekau, leader of the violent Islamist sect, claimed responsibility for the explosion in Apapa – one of the key homes of businesses with national and international relevance, including the port.

It also owned up to the bombing in Abuja, in the 16-minute video given to the French news agency AFP. Shekau said his group was responsible for a bombing in the capital Abuja and an attack at the fuel depot in Lagos on June 25.

The Lagos attack was described by government officials as an industrial accident, but an AFP investigation revealed it was a deliberate explosion.

“I ordered (the bomber) who went and detonated it,” Shekau said. “You said it was an accidental blaze. You can hide before the people, but not before Allah.”

“We were the ones who detonated the bomb in filthy Abuja” that killed at least 22 people, the leader of Boko Haram added.

In the same recording, Shekau voices support for the extremist militant group ISIS, which has taken over large swathes of Iraq and Syria.

He also mocked the “Bring back our girls” campaign, calling for the release of more than 200 schoolgirls kidnapped in Chibok, Borno State, on April 15. Boko Haram claimed responsibility for the abductions, showing some of the girls in a video as they recited part of the Holy Quran.

Shekau released his video as Malala Yousafzai, the teenage Pakistani schoolgirl who became an education campaigner after she was shot by militants, spoke in Abuja where she met the missing girls’ relatives.

“Thank you so much for telling the world that this is happening here,” Yousafzai said. “We need to raise our voices for them so that they can be released and be free as well as other girls in Nigeria who also need full protection and security.”

Police spokesman Frank Mba, an Assistant Commissioner of Police, said last night on telephone:   “We are studying the video. It will go through information technology and forensic analyses in order to confirm the motion picture. It is only after that we would take an evidence-based stand.”

A state government official declined to speak on the development, saying only security agents could comment on it.

The Arewa community in Lagos has said it will neither aid nor tolerate terrorist activities in Lagos.

In a statement yesterday by the Chairman, Council of Arewa Chiefs and the leader of the Hausa in Lagos, Alhaji Sani Kabir, the group assured that “ the Arewa community will neither hide nor aid terrorists in any way”.

It also condemned the activities of the Boko Haram sect, saying they do not represent the teachings of Islam.

“Nigeria is facing challenges that are unprecedented in our recent history perpetrated by terrorists disguising as a religious group.

“We have enjoyed peace in Lagos and for that reason, we are sensitising our people on the need to maintain peace and to be security conscious.

The group also said that its leadership had instructed its members against sleeping or camping under the bridge or indiscriminate parking of vehicles along major highways.

It urged its members in Lagos to participate in the proposed registration of residents.

“We believe that these measures will further strengthen the bond of friendship among other ethnic groups in Lagos,” it said.

A large portion of the Madafuma Bridge was damaged, thereby making it impossible to link Maiduguri from Biu, Garkida, Numam and parts of Taraba.

A resident, Mallam Musa Yakubu, said the incident took place on Saturday at about 2am. “We heard a loud bang and when we gathered in Madafuma village we found out that the bridge linking us with Biu Local Government Area and MA Dara Girau had been blown off.  Motorists heading for Maiduguri from Biu especially long vehicles, had no option than to turn back to Gombe. Small vehicles managed to pass through the remaining thin portion which has not been affected by the blast.”