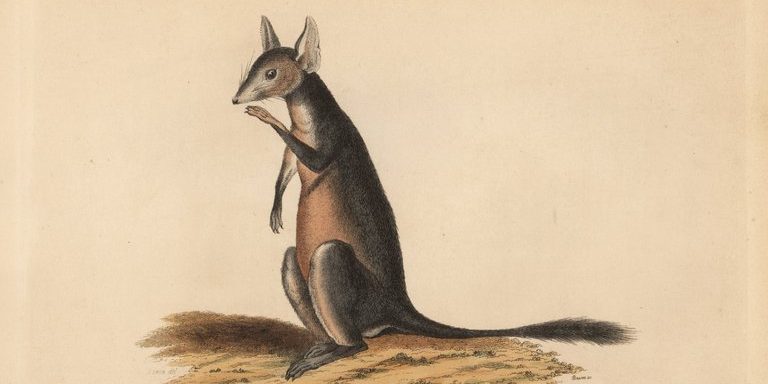 With enough determination, money and smarts, scientists just might revive the woolly mammoth, or some version of it, by splicing genes from ancient mammoths into Asian elephant DNA. The ultimate dream is to generate a sustainable population of mammoths that can once again roam the tundra.

But here’s a sad irony to ponder: What if that dream came at the expense of today’s Asian and African elephants, whose numbers are quickly dwindling because of habitat loss and poaching?

“In 50 years, we might not have those elephants,” said Joseph Bennett, an assistant professor and conservation researcher at Carleton University in Ontario. Dr. Bennett has spent his career asking hard questions about conservation priorities. With only so much funding to go around, deciding which species to save can be a game of triage.

Recently, he and a team of colleagues confronted a new question: If molecular biologists can potentially reconstruct extinct species, such as the woolly mammoth, should society devote its limited resources to reversing past wrongs, or on preventing future extinctions?

In a paper published in Nature Ecology & Evolution this month, the researchers concluded that the biodiversity costs and benefits almost never come out in favor of de-extinction.

“If you have the millions of dollars it would take to resurrect a species and choose to do that, you are making an ethical decision to bring one species back and let several others go extinct,” Dr. Bennett said. “It would be one step forward, and three to eight steps back.”

But his team’s findings do not fully resonate with all scientists. Some who are engaged in de-extinction efforts say that Dr. Bennett’s analysis, and others like it, are too far removed from actual developments in the field.

One leading group in the field is Revive & Restore, a nonprofit initiative to rescue extinct and endangered species through genetic engineering and biotechnology. The San Francisco-based group is working to bring back the passenger pigeon, woolly mammoth and heath hen.

Conservation is central to Revive & Restore’s mission, said Ben Novak, the organization’s lead researcher and science consultant, and there could be ecological benefits to restoring lost species. In some cases, he said, living species are endangered partly because of “the lack of an ecological partner or some link in the food web.”

“Any de-extinction effort must have long-term benefits that outweigh the costs,” Mr. Novak said.

He added that it is not accurate to assume, as Dr. Bennett does, that funding for de-extinction and conservation is a zero-sum game, noting that all of the funding for Revive & Rescue’s biotechnologies comes from private donors or institutional grants outside the realm of conservation efforts.

De-extinction may certainly have long-term gains, Dr. Bennett acknowledged, but he fears they are a luxury the world cannot currently afford. By some estimates, 20 percent of species on Earth now face extinction, and that may rise to 50 percent by the end of the century.

In their study, Dr. Bennett and his collaborators tried to approximate the costs of re-establishing and maintaining 16 species that went extinct in the last millennium, including the Lord Howe pigeon and Eastern rat-kangaroo from Australia, and the laughing owl and Waitomo frog from New Zealand. The researchers selected these animals because they could estimate what it would cost to conserve them based on proposed government expenditures to save similar living species that are endangered.

Based on the price of conserving the endangered Chatham Island warbler from New Zealand, for instance, they determined that managing a new population of the extinct Chatham bellbird would cost $360,000 in the first year.

Because the price of genetically reconstructing extinct species is still unknown (although it could cost tens of millions of dollars), the scientists focused on how much it would cost just to reintroduce and maintain these particular species in the wild once they had already been engineered.

The problem with this analysis, said Stewart Brand, co-founder of Revive & Restore, is that “these are all species that would never be considered seriously for de-extinction in the first place,” either because their ecological roles can be approximated by another living species or because the benefits of restoring them are not great enough to warrant the costs.

He argued that Revive & Restore strictly assesses its de-extinction projects, through its own criteria and international guidelines, to ensure that they are worth doing and consistent with preserving existing biodiversity.

The passenger pigeon, for instance, was a keystone species that helped regenerate Eastern deciduous forests by landing on trees in giant flocks, breaking down their branches and excreting layers of rich fertilizer that allowed new trees to grow — a role that other birds likely cannot fill. On top of that, Mr. Brand said, the passenger pigeon has unique symbolic value as “one of the great stories of extinction.”

But other scientists agree with Dr. Bennett that spending money on de-extinction is wasteful, even for a case like the passenger pigeon. Paul Ehrlich, president of the Center for Conservation Biology at Stanford University, and author of the controversial book “The Population Bomb,” said that conservation is vastly underfunded and there is no guarantee that restoring extinct species will work.

To restore the passenger pigeon, Dr. Ehrlich said, you would need a large breeding population — with possibly more genetic diversity than can be gleaned from the 1,500 or so pigeons preserved in museum collections — and even then there may “not be enough habitat left for them anyway.”

Dr. Bennett said “he wouldn’t want to close the door on de-extinction forever.” There may be some instances where it is worthwhile, he acknowledged, and pursuing it will advance research on genetic technologies.

“If someone wants to work on de-extinction because it’s technically fascinating, that’s fine,” he said. “But if the person is couching de-extinction in terms of conservation, then she or he needs to have a very sober look at what one could do with those millions of dollars with living species — there’s already plenty to do.”

A version of this article appears in print on March 21, 2017, on Page D3 of the New York edition with the headline: A Steep Price for Bringing Animals Back. Order Reprints| Today's Paper|Subscribe