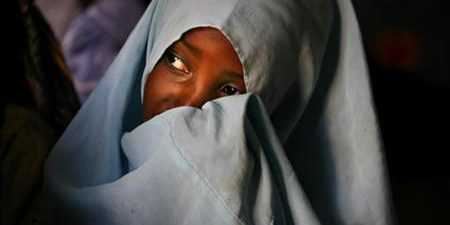 The arrival of Boko Haram to the Nigerian scene during the administration of the late President Yar’Adua may have struck Nigerians as a temporal nuisance that will have its stay and then disappear. But six years later, the Boko Haram nuisance appears ever present in the Nigerian scene more than it was when it showed up. Efforts by the Nigerian security apparatus to curtail the emergence of the Islamic Jihadist group have proved little in terms of results rather it has proved the opposite. Sensitive information available to 247ureports.com obtained through a very competent source indicates that the Islamic Jihadist has adopted the Palestinian model of Jihadism in its usage of young girls as suicide bombers on buses and crowded places.

According to the information gathered, the latest move by the Islamist Jihadist group to rain terror in Nigeria led the leaders of Boko Haram into a union-ship with the leaders of Hezbollah to help recruit and train young innocent girls as potential suicide bombers for use in parts of northern Nigeria. As gathered, the partnership between the Middle Eastern Jihadist group and the Nigerian Jihadist group reportedly have resulted in the successful recruitment and training of over 177 young girls under the ages of 15.

The source continued to reveal that out of the 177 suicide bombers, 75 were already in Nigeria to execute suicide missions in three northern States of Katsina, Kano and the Federal Capital Territory [FCT], Abuja.  The types of attacks, the source indicates would not take the shape of attacks that the Nigerian security authorities are used to, or would anticipate. “The year will end as the year of Boko Haram” says the source as he tried to emphasize on the preparedness of the Islamic Jihadist group in unraveling the polity before the campaigns for 2015.

The source who claims to have full access to the Islamist group explained that the group has become highly tuned into the politics of Nigeria in the sense that it intends to shape the outcome of the presidential elections in 2015 to favor a Muslim candidate. He explained that the attack on Malam [General] Buhari was largely part of the 2015 equation. He explained that their preferred candidate for the office of the presidency was the person of General Buhari. But Buhari’s recent and sudden criticism of the Islamic group angered the group immensely because, according to the group, Buhari’s credibility within the north may add a big bite towards discrediting the Boko Haram in the north. The source notes that the Boko Haram group perceives themselves as well accepted by the ‘core’ Islamic north. For this reason, criticism coming from a person in the stature of Malam Buhari may cause many within the core Islamic north to back away from secretly supporting Boko Haram. The Islamic group did not want Buhari criticisms to continue to become his campaign mantra for 2015.

247ureports.com made efforts to contact the State Security Services [SSS] in Kano concerning the threat of increased suicide bombers on the offing but the SSS Director in Kano failed to respond to our requests. However a top security boss in Abuja spoke to our correspondent off the record. He confirmed that intelligence reports do indicate that more suicide bombers are on the way and that plenty have already arrived the country. He also added that the system is to corrupt to fight and combat the terrorist. In his words, “insurgency can be defeated if the security agencies are overhauled. But for now it is a money making venture”.