We can’t be expelled from MASSOB Our grouse with Uwazuruike, by aggrieved commanders 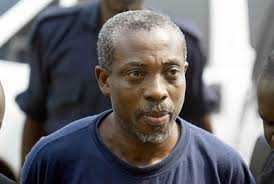 Aggrieved commanders of the Movement for the Actualisation of the Sovereign State of Biafra (MASSOB) have explained the cause of the face-off between them and their embattled leader, Chief Ralph Uwazuruike.
They said their grouse with Uwazuruike was not political, as was being insinuated in some quarters.
The commanders said their expulsion from the group, which Uwazuruike announced at a recent meeting at the Ojukwu Memorial Library in Owerri, the Imo State capital, was null and void.

In a statement by their “suspended” Director of Information, Comrade Uchenna Madu, the commanders urged Uwazuruike to compensate the families of members killed by security operatives when they were carrying out his orders and account for the group’s resources.
They said this was the only premise on which a truce could be brokered.
The statement said the group “wishes to clarify on the ongoing confusing statement made by Chris Mocha (Deputy Director of Information) that some officers of MASSOB are either suspended or expelled”.
It added: “The true position is that nobody is either expelled or suspended from MASSOB because of the crisis, which seriously calls for total restructuring and equity and fairness.
“All we are saying is that the abandonment of the remains of our dead members at Onitsha mortuary must be addressed: the wives, children and families of members who died in active services must be consoled. Uwazuruike must assist their wives financially and train their children in school. Such gestures will restore the confidence of the living, if eventually they died.
“The big question of the fraud, mismanagement/ embezzlement of MASSOB money must be answered. The insensitivity and wickedness of Uwazuruike must also be addressed.”
The statement stressed that “some MASSOB members are still brainwashed, living a hypocritical life, knowing fully that Uwazuruike is leading them astray but choose to remain silent”.
The group also said: “Igbo political leaders are not MASSOB members but Uwazurike opened MASSOB’s door for them. This resulted in his political romance, meetings, alliance and money-sharing. The inclusion of politicians in MASSOB’s affairs started when Uwazurike ordered members to start campaigning, supporting and voting for his selective politicians.”
It alleged that “whenever Uwazurike fell out with a politician, he starts telling us how bad and wicked the person is; that such a person wants to hijack MASSOB. He would incite us against the person. All that will make us to develop hatred for these Igbo leaders”.