We are from Israel-says Igbo Jews of Abuja 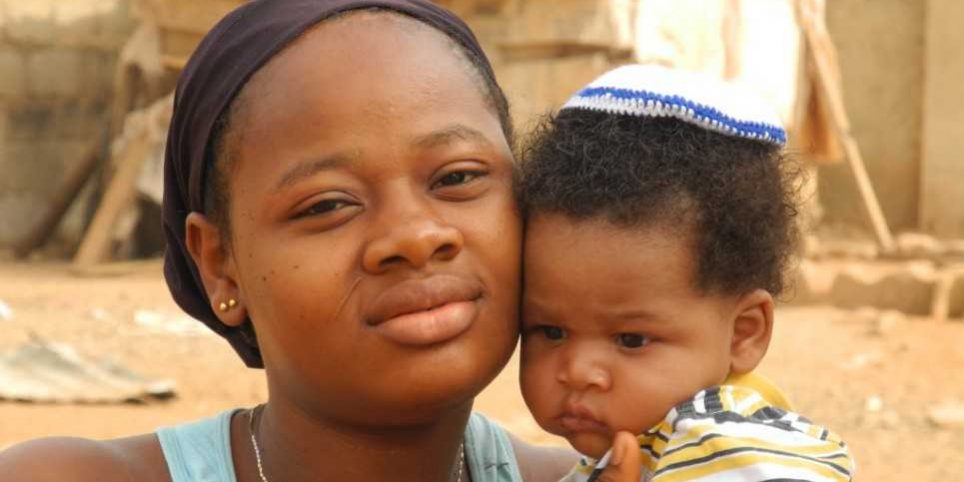 There is a widespread belief among Igbos — the third-largest ethnic group in Nigeria — that they are descendants of the tribes of Israel. Many of them are passionately Zionist reports The Times newspaper in Israel. They put the number of Igbo people among the 175 million people in Nigeria, Africa’s most populous nation, within the range of 30 and 35 million. The more accurate figure is 45 million as Igbos make up the second largest population in every city, town and village all

Their claim to a Jewish lineage and their support for Israel are interesting in and of themselves, but even more fascinating is that during the last 30 years or so there has also been a movement among some Igbos to match their tradition of Jewish descent with the practice of rabbinic Judaism, the learning of Hebrew, and the fostering of connections with Jews abroad.

The wider Jewish world has begun taking notice. 2012 saw the release of filmmaker Jeff Lieberman’s documentary “Re-emerging: The Jews of Nigeria,” and earlier this year, Northeastern University professor William F.S. Miles published “The Jews of Nigeria: An Afro-Judaic Odyssey.” A book on Nigeria’s Jews written by Swiss Jewish Studies professor Daniel Lis will be coming out in 2013 as well.
In February, I was fortunate to travel to Abuja, capital of Nigeria, where I spent a week with its Igbo Jewish community, visiting synagogues and homes, and celebrating Shabbat and Purim. Most Igbo Jews, numbering perhaps 3,000 to 5,000, live in Igboland, the ancestral Nigerian region of the Igbos. A smaller number of Igbo Jews live in Abuja, where they have three synagogues.

Generally, these synagogues try to follow Sephardi and Edot Hamizrah customs, but they have also developed some local ones. At Tikvat Israel (the synagogue headed by Sar Habakkuk Nwafor), for example, I observed that tallitot (prayer shawls) were not only worn by male worshippers during the morning prayers on Shabbat, but also when they returned for the afternoon mincha service.

There are quite a few talented lyricists and songwriters among the Igbo Jews, and their moving compositions are used in prayer and at religious gatherings. Especially given that there are no yeshivot or permanent rabbis among them, the Judaic proficiency and knowledge of liturgical Hebrew that many Igbo Jews have attained is quite notable. Nonetheless, the community’s greatest desire is for Jewish teachers and schools.

Men prepare for the reading of the Scroll of Esther at Tikvat Israel synagoge on Purim morning. (photo credit: Shai Afsai/Times of Israel)

The lack of rabbis sometimes leaves Nigeria’s Igbo Jews uncertain about traditional Jewish practice elsewhere. There were reservations among the several dozen Igbo Jews who attended services at Tikvat Israel, for example, about whether or not tefillin ought to be donned during the festival of Purim. Some had heard that Purim has the status of a Yom Tov — and even, as a rabbinic homily describes it, that it is a day like Yom Kippur — and that, accordingly, tefillin were not to be donned.

Sar Habakkuk questioned me concerning the Jewish practice abroad, and declared that since the Igbos had lost the tradition of wearing tefillin, it was appropriate to follow the way of those who had maintained it, and that tefillin should be put on.

There is a shortage in Nigeria of religious items such as tallitot and tefillin. Though there are some locally made tzitzit and tallitot, Igbo Jews lack the ability to produce tefillin for themselves. While I was visiting, however, a package sent by Daniel Limor, an Israeli friend of the community, arrived for Sar Habakkuk. It contained thirteen new tallitot and thirteen new pairs of tefillin — an absolute treasure for the community and a cause of great joy.

In Abuja, there is no custom of Igbo Jewish children or adults wearing costumes on Purim. However, noisemaking of various kinds (including with the use of several groggers/ra’ashanim that I had given to some of the children) was used to blot out the name of Haman — the villain who sought the Jews’ destruction — during the reading of the Scroll of Esther. The Purim story was read to the congregation by Sar Habakkuk’s son, Hezekiah, from a scroll I brought as a gift from Wayne Franklin, a Rhode Island rabbi. An effigy of Haman was hanged from a makeshift gallows erected near the synagogue.

Yehuda wearing a new tallit sent from Israel. Behind him are words from the psalms, ‘The Torah of God is Perfect.’ (photo credit: Shai Afsai/Times of Israel)

To Igbo Jews, the Jewish practices they have begun embracing in the past few decades are not those of a foreign religion or culture, but rather their own. They see themselves as ba’ale teshuvah: Jews returning to Judaism and to the traditional observances of their ancestors, which were lost due to the Igbos’ long exile from the Land of Israel and due to the introduction of Christianity to Igboland.

This view is enlarged upon by Dr. Caliben I.O. Michael, head of the OBGI Israel Heritage Foundation and its Abuja synagogue, in his 2011 “Our Roots: Igbo Israel Heritage.”
“The Igbo nation is part of Israel,” Caliben affirms, despite its widespread loss of Jewish practice. He chose to name his foundation OBGI, which is Igbo spelled backwards, in part to indicate that Igbos “are no longer what we used to be.” European and Christian influences have altered Igbo society, he contends, and its members must now “rejuvenate the latent/dormant Hebrew souls of the Igbos to reflect their real essence.”

The Torah ark in Abuja’s largest Igbo synagogue, Gihon, is flanked by the flags of Nigeria and Israel. On one of the synagogue’s walls, prominently displayed beside framed artwork depicting the Ten Commandments, is a handwritten English prayer: “Grant us the privilege to worship you in Yerushalayim [i.e., Jerusalem].”

Igbo Jews hope one day soon to be able make pilgrimages to Israel. In their efforts to assert their Judaism and Jewish identity in Nigeria, they look to the Jews of Israel for inspiration and solidarity.