WATCH: Topless on the tee! 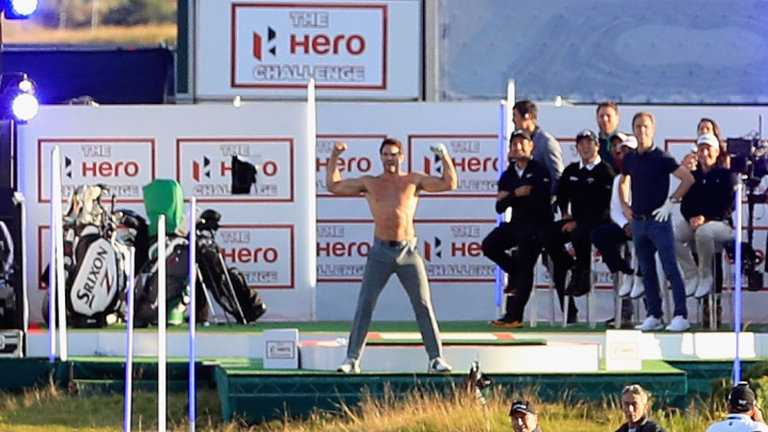 Thom Evans showed off more than his golfing talents when he took part in the celebrity nearest-the-pin competition at the Hero Challenge.

The celebrities were playing the same specifically constructed par-three that eight professionals were playing in a separate head-to-head contest, where Patrick Reed prevailed over Tyrrell Hatton in the final.

Evans was given the responsibility of getting the celebrity contest underway and wasn’t afraid to get the crowds excited before even taking his shot, removing his top at the tee and playing his shot topless.

Although Evans did well to land his tee shot on the green, it wasn’t enough to take the honours as McFadden saw his effort finish a few feet closer.

Click on the video above to see Evans’ attempt!