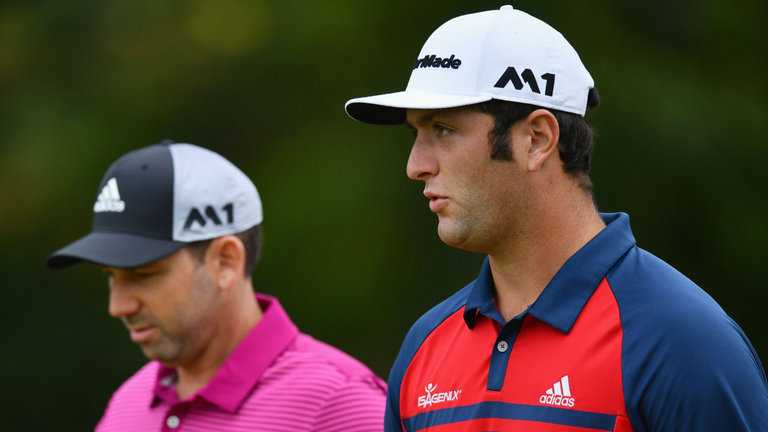 Sergio Garcia and Jon Rahm took time out from their preparations for the Italian Open to offer their short-game tips on putting and pitching.

Garcia joined Rob Lee to reflect on a whirlwind six months since being crowned Masters champion after his memorable performance at Augusta National in April, when he finally made his major breakthrough at the 74th attempt.

The Spaniard then explained why he had recently changed his putting technique, going back to a traditional grip from the “claw” grip that had served him so well over the first few months of the year.

Garcia’s young compatriot Rahm then joined us on the range to demonstrate that there is far more to his game than hitting mammoth drives for which he has earned a formidable reputation.

Rahm offered his insight into how he goes about attacking a pin just 40 yards away, or was it 35 metres?

Watch the videos to see Garcia and Rahm having their short-games put to the test ahead of the Italian Open, live all week on Sky Sports Golf.