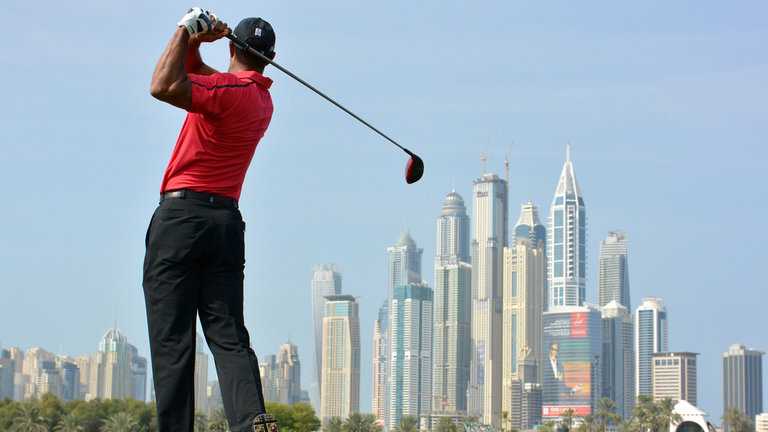 Tiger Woods returns to the European Tour at this week’s Omega Dubai Desert Classic, a tournament which has seen the 14-time major champion produce some memorable moments.

The world No 666 heads to the Desert Swing finale off the back of an early exit atlast week’s Farmers Insurance Open – his first regular PGA Tour event since August 2015.

Woods is making his eighth appearance in the event, where he has previously won twice and never missed the cut.

The first victory in the Middle East came in 2006, where Woods’ final-hole magic saw him get up-and-down from the rough to force a play-off and narrowly defeat Ernie Els.

Woods produced further success at Emirates Golf Club two years’ later, where he shot a back-nine 31 and drained a 25-foot birdie at the last to finish one stroke clear of Martin Kaymer.

His last two appearances in 2011 and 2014 have seen Woods end in shares of 20th and 41st respectively, but hasn’t stopped him firing some classic blows.

Click on the video above to see Tiger Woods’ Dubai highlights!

Watch the Dubai Desert Classic throughout the week live on Sky Sports 4 – your home of golf. Live coverage begins on Thursday from 4am