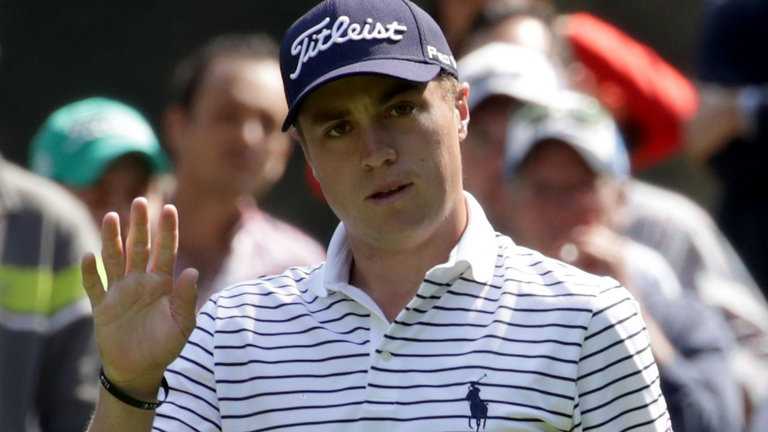 Justin Thomas surged up the leaderboard with a stunning hole-in-one during the third round of the WGC-Mexico Championship.

In a week where we’ve seen chip-in eagles, hole-outs from the fairway and birdies from all kinds of distances, Thomas delivered arguably the best of the lot at the par-three 13th tee box.

The recent back-to-back PGA Tour champion began the day three strokes off the pace and mixed a birdie at the second with a blemish at the seventh to reach the turn level-par.

Thomas closed the gap on the leaders by draining a 20-footer at the 10th and holing another birdie from much closer at the 12th, before producing a moment of magic at the 232-yard next.

Using a six-iron in the high altitude of Mexico City, Thomas’ dialled effort found the middle of the green before taking one big bounce and dipping straight in to the cup for a timely ace.

That hole-in-one from Thomas was the second of his PGA Tour career and lifted him into a share of the lead alongside Dustin Johnson.