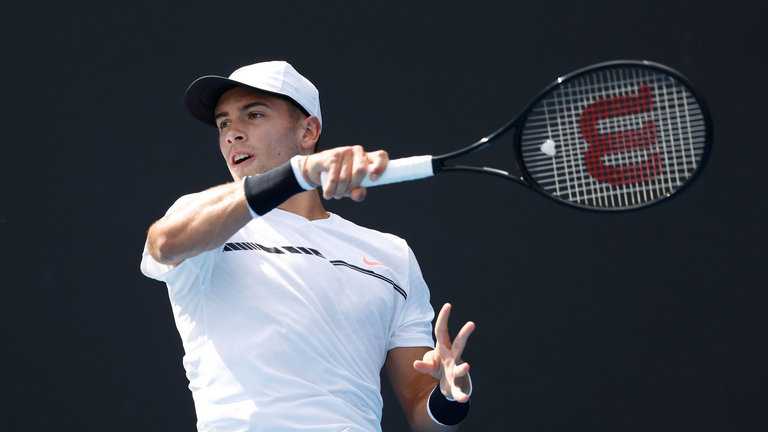 Borna Coric conjured up a magical spin-around squash shot winner during his match against Marin Cilic in Rotterdam on Thursday.

The young Croatian suffered a 6-1 2-6 6-4 second-round defeat to top seed Cilic in the Netherlands, but the match will be remembered for his moment of genius early in the second set.

Coric, 20, has long been regarded as one of the stars of the future and rose to fame after winning the US Open junior title.

He has recorded landmark wins over Andy Murray and Rafael Nadal in the last few years, and the world No 61 will be hoping to make his mark in 2017.

And despite his loss to the former US Open champion, Coric received quite an ovation for his clever innovation with a subtle forehand on the turn to catch his opponent out.

Hit the play button on the video above to see how Coric managed to get himself out of a hole and win the point in some style.