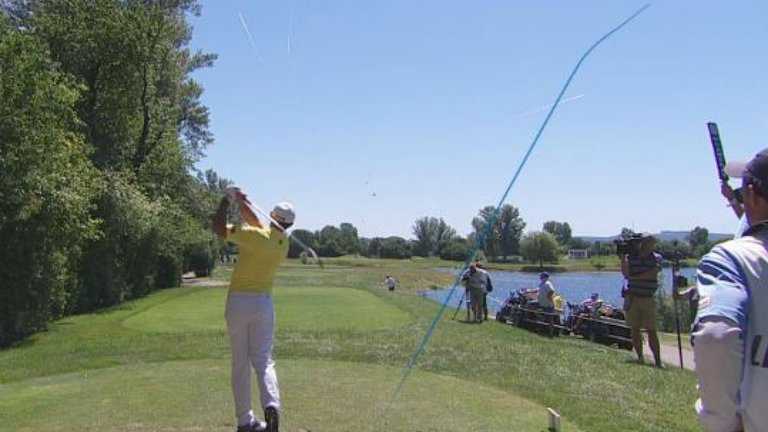 Shot Tracker devices have played a crucial role in the advancement of golf television through the years, but things don’t always go as planned.

The devices are used regularly in the Sky Sports Golf coverage, with the tracker immediately picking up the impact of a tee shot and following the ball’s progress until it stops.

Trackers are a vital tool to help players and broadcasters identify where a shot has ended, although showed during the Lyoness Open that there are rare occasions where it doesn’t fully work.

France’s Gary Stal was level-par for the week when he reached the par-four fifth during his second round, where he sent his tee shot into the first cut to the left of the fairway.

The Shot Tracker had other ideas however, suggesting the ball had gone in a completely different direction!

Click on the video to see the Shot Tracker’s unlikely error!

Watch the Lyoness Open throughout the weekend live on Sky Sports 4 – your home of golf. Live coverage begins on Saturday from 10.30am