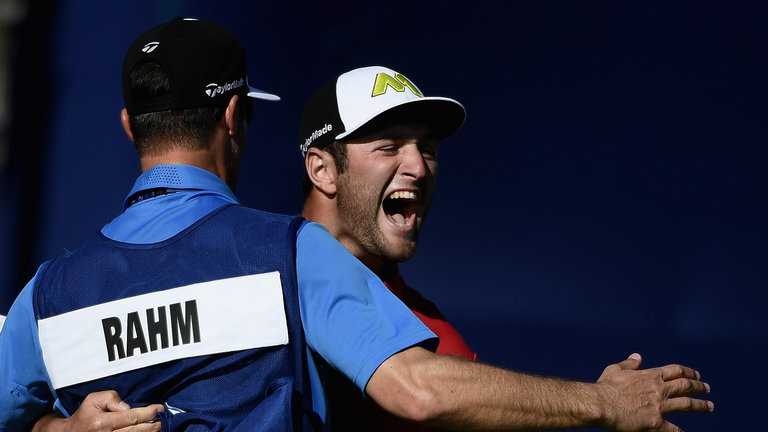 The par-five 18th hole on the South Course at Torrey Pines has seen many memorable moments over the years, and Jon Rahm added to the highlight reel with a stunning putt for eagle.

Rahm made light of being in contention for his first PGA Tour title less than a year after joining the professional ranks following a stellar amateur career, which included 60 weeks as the world amateur No 1.

The 22-year-old was one shot clear of a heavily-congested leaderboard on the final day of the Farmers Insurance Open when he birdied the 17th to get to 11 under par.

Rahm then split the fairway with his drive up the final fairway and hammered a 260-yard five-wood which comfortably cleared the famous water hazard at the front of the green and nestled in the rear fringe, leaving him a multiple-breaking, downhill 60-foot putt for eagle.

After sizing up the putt from all angles, Rahm’s first priority would have been to lag the putt to tap-in range, but there was a fine line between success and disaster.

But he judged it to perfection, his ball starting it’s long journey and drifting from left to right before moving the other way once on the lower tier and dropping in the right side of the cup to prompt wild scenes of celebration.