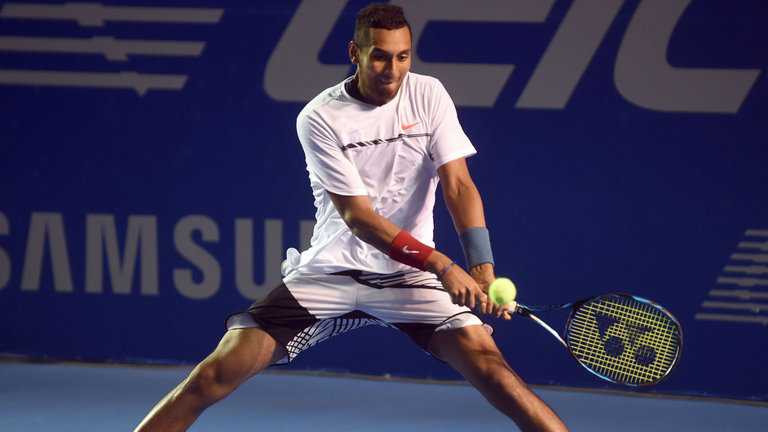 Nick Kyrgios ended Novak Djokovic’s tournament in Acapulco and he showcased his outrageous talent in the process.

Much is made of the temperamental Aussie’s on-court behaviour and having had a run-in with the crowd and opponent Dudi Sela early in the week, he was on his best behaviour on Thursday and served up his best tennis.

“I never have a problem getting up for these matches,” Kyrgios said afterwards.

His talent is not in question and he showed just what he is capable of in beating the former world No 1 and 12-time Grand Slam champion in straight sets to march into a second successive ATP semi-final.

On his way to victory in a high-quality match, Kyrgios conjured up a couple of trademark hot dog shots and you can see them both by hitting play on the video at the top of the page.

The action from the Abierto Mexicano continues on Friday night with the semi-finals where Kyrgios faces Sam Querrey who beat Dominic Thiem while Marin Cilic meets Rafael Nadal.

You can follow the semi-final action from Acapulco from midnight on Sky Sports 1 on Friday night.