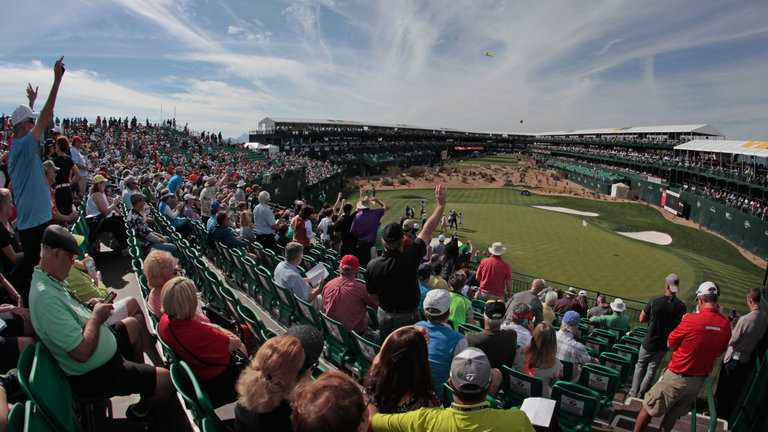 It is rare that any golfing experience can be compared to the Super Bowl, but there’s no doubting the atmosphere at Scottsdale’s 16th hole has similarities to the NFL showpiece.

The iconic par-three at the Phoenix Open is the only hole in professional golf that is completely surrounded by grandstands from tee to green, earning it the nickname of “The Coliseum”.

It would usually be a fairly innocuous short hole of around 160 yards, but the pressure of 20,000 rowdy fans ready to berate you for hitting a poor shot often reduces even the most seasoned professional to a nervous wreck!

The crowd are absolutely silent as each player stands over the ball, but once airborne, the volume ramps up on what is the undisputed loudest hole in the world – reaching an awesome crescendo if there is a chance of a hole-in-one.

Aces are few and far between at the 16th, but they are celebrated in unique fashion. From Tiger Woods finding the target in 1997 to Francesco Molinari’s hole-in-one prompting an equally wild reception two years ago, each perfect shot is memorable.

How does the atmosphere at the 16th compare to the “Greatest Show on Turf”? Watch the video to find out …