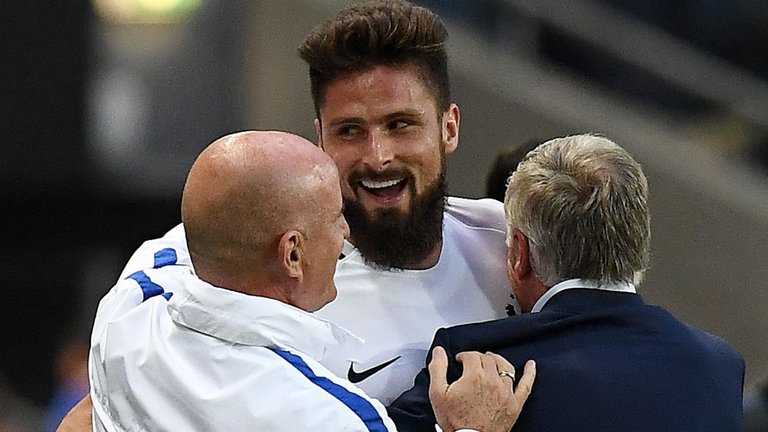 Olivier Giroud scored a brilliant goal for France but they lost 2-1 to Sweden at the Friends Arena on Friday night.

The Arsenal forward had just returned to the pitch following a clash of heads when he received the ball, flicked it up onto his left foot and buried his strike past goalkeeper Robin Olsen.

Sweden equalised immediately thanks to a fine first-time finish by Jimmy Durmaz and the hosts completed the comeback in dramatic fashion in stoppage time.

A poor clearance by Tottenham ‘keeper Hugo Lloris fell to Ola Toivonen and the former Sunderland loanee fired home from the half-way line.

It capped an absorbing match in Stockholm as Sweden secured three points to move above France to top Group A.