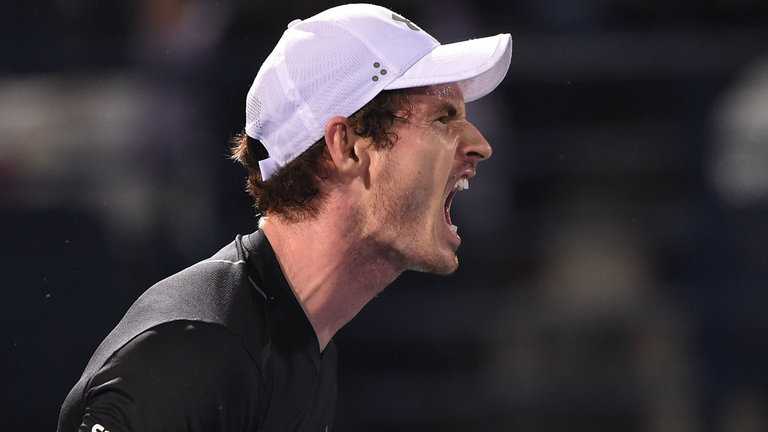 World No 1 Andy Murray and Philipp Kohlschreiber fought out one of all the all-time great tie-breaks in Dubai on Thursday.

The pair squared off in the quarter-finals and experienced German Kohlschreiber was in fine fettle, hitting a string of winners as he took the first-set tie-break 7-4.

That was just a foretaste of the drama to follow as the second set also ended up going to a breaker, Kohlschreiber having managed to break back when Murray served for the set.

The Brit then saw four set points come and go in the breaker, before finding himself match point down at 8-9.

But the top seed refused to be defeated and won that point with a superb cross-court drop shot, setting the tone for a remarkable passage of play.

Match points and set points came and went, Kohlschreiber just wide on one occasion with a backhand which was very close to winning him the match.

And another error from the World No 29 eventually handed the tie-break to Murray by a 20-18 margin.

Kohlschreiber did not have much left to give from that point and Murray cantered through the final set 6-1 to book his place in the last four.

But you can click on the video above to watch one of the most dramatic tie-breaks seen on the circuit for a while.