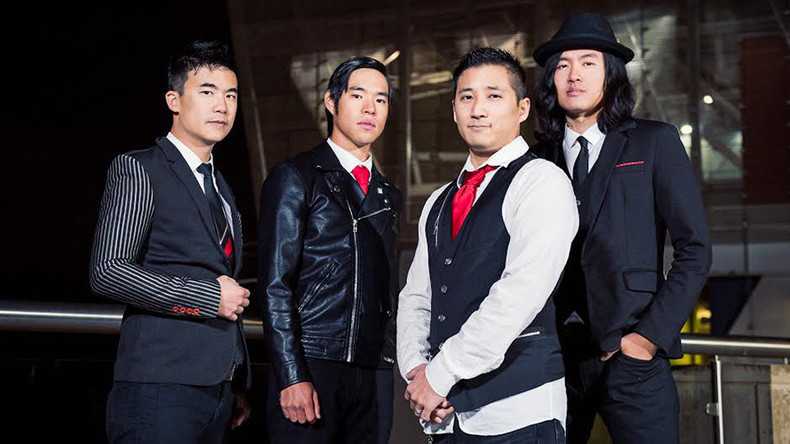 The Slants, a Portland, Oregon-based band made up of four Asian-American members, wanted to trademark their name with the US Patent and Trademark Office (USPTO) in 2011. The government agency refused to do so, however, saying the name is offensive to those of Asian ancestry.

The USPTO cited a provision of the 1949 Lanham Act that says that a trademark may be refused if it “[c]onsists of … matter which may disparage … persons, living or dead, institutions, beliefs, or national symbols, or bring them into contempt, or disrepute.”

The Slants, however, argued that they chose the name to push back on negative Asian stereotypes by “owning” them. The band accused the USPTO of justifying the denial of rights of marginalized groups “simply because they disagreed with the message of these groups” and “knowingly used false and misleading information, supported by questionable sources… while placing undue burdens on vulnerable communities and small business owners by forcing them into a lengthy, expensive, and biased appeals process.”

On Monday, the US Supreme Court unanimously ruled that deciding what terms are disparaging and what are not “offends a bedrock First Amendment principle: Speech may not be banned on the ground that it expresses ideas that offend,” Justice Samuel Alito wrote for the court.”

It is dangerous ground for the government to tread on the First Amendment, even if the government “has an interest in preventing speech expressing ideas that offend,” Alito wrote. While the intentions to prevent hateful speech might be good, “the proudest bast of our free speech jurisprudence is that we protect the freedom to express ‘the thought that we hate.’”

Critics of the Lanham Act said that the USPTO had been wildly inconsistent in what it deemed offensive, allowing registered trademarks for Baked by a Negro baked goods, Midget Man condoms and even a female, Asian-American band named the Slits, all while blocking trademarks for the terms “Heeb,” “Injun” and “Redskins.” Alito slammed this inconsistency as one that cannot happen.

“If the federal registration of a trademark makes the mark government speech, the Federal Government is babbling prodigiously and incoherently,” he wrote.

I’m glad to see @theslants get to push forward with their ‘offensive’ name. I mean the Slits(ahem), who are women, still keep theirs!

“It is saying many unseemly things. It is expressing contradictory views. It is unashamedly endorsing a vast array of commercial products and services. And it is providing Delphic advice to the consuming public,” he continued, laying out examples of accepted trademarks.

The Lanham Act also doesn’t specifically protect minorities from disparaging language because the clause seems to ban disparaging any person about anything, Alito said.

The case was heard before Justice Neil Gorsuch joined the court. While the eight justices all agreed that trademarks are private, not government speech, they disagreed on precisely what legal standard to apply in the case, leading to the concurring opinions with four justices on each side.

Justice Anthony Kennedy ‒ joined by Justices Ruth Bader Ginsburg, Sonia Sotomayor and Elena Kagan ‒ felt that Alito ‒ along with Chief Justice John Roberts and Justices Clarence Thomas and Stephen Breyer ‒ went too far in seeking to protect commercial speech. They expressed concern in a concurring opinion that such a ruling could undercut legitimate government rules against false advertising and misleading marketing, which Kennedy called “well settled.” Regardless, they felt that a ban on disparaging trademarks was a form of viewpoint discrimination, which is clearly forbidden under the First Amendment.

“A law that can be directed against speech found offensive to some portion of the public can be turned against minority and dissenting views to the detriment of all,” Kennedy wrote.

The Slants praised the decision that ended their eight-year case, which they described as “an excruciating legal battle” that was “always… much bigger than our band: it’s been about the rights of all marginalized communities to determine what’s best for ourselves.”

The Washington Redskins professional football team, whose name is viewed by many to be a racist epithet about Native Americans, had written a friend-of-the-court brief in the case. The Redskins name was registered with no governmental objection in 1967, 1974, 1978 and 1990 before it was canceled in 2014.

Both the Redskins’ owner and the team expressed delight at the Supreme Court decision.

#Redskins owner Dan Snyder says “I am THRILLED! Hail to the Redskins.” in response to #SCOTUS ruling.

“The Team is thrilled with today’s unanimous decision as it resolves the Redskins’ long-standing dispute with the government,” the Washington Redskins said in a statement. “The Supreme Court vindicated the Team’s position that the First Amendment blocks the government from denying or cancelling a trademark registration based on the government’s opinion.”