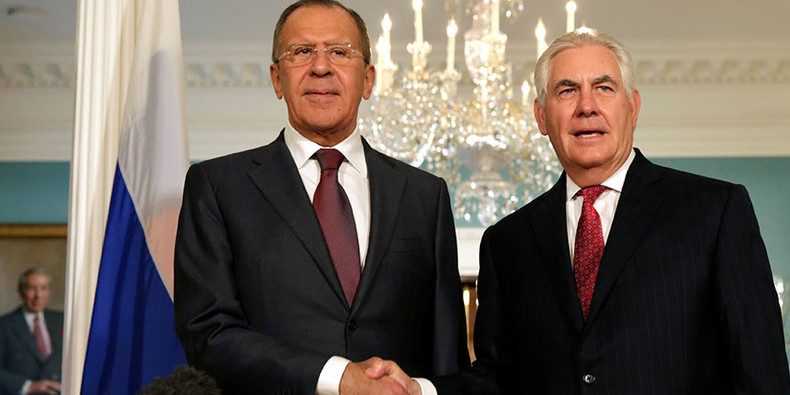 Journalists gathered at the White House bombarded Lavrov and Tillerson with questions as they posed for photos before going to a separate room for a meeting.

One of the questions was whether the recently announced firing of FBI Director James Comey would mar negotiations between the two diplomats.

‘Was he fired? You’re kidding! You’re kidding!’: Lavrov is asked if Comey’s firing casts a shadow over his visit https://t.co/iojH1rjbmqpic.twitter.com/jeSwHMz46N

Lavrov and Tillerson then went into another room, apparently leaving the reporters and photographers quite perplexed.

US President Donald Trump’s decision to fire Comey, whose agency is investigating alleged Russian meddling in the 2016 US presidential election and Trump’s links to Russia, was announced on Tuesday.