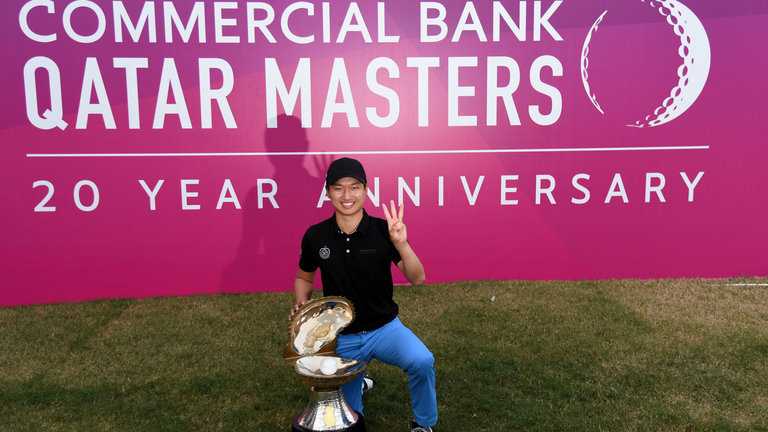 Jeunghun Wang has set his sights on a maiden appearance at this year’s Masters after claiming a third European Tour title at the Commercial Bank Qatar Masters.

Wang prevailed in a three-way play-off ahead of Joakim Lagergren and Jaco Van Zyl to claim a first win of the year, following on from back-to-back titles in Mauritius and Morocco last season.

Victory lifts Wang inside the world’s top 50 for the first time and increases his hopes of qualifying to play in the opening major of the year, with the 21-year-old relishing the prospect of playing at Augusta.

“That’s my dream, dream tournament,” Wang said. “When I was young, I really wanted to play the Masters.

“I’ve always imagined that I will play there and maybe now I have a chance to play the Masters. So I’m so happy about it, and I hope I’m going to get in Masters.

“I really didn’t expect that I would win this week. I just keep trying to make birdies, trying to save par and finally won this week.”

Wang came to Qatar off the back of an 11th place finish at the Abu Dhabi Golf Championship, following on from eight worldwide top-10s during a memorable 2016.

The Korean began the final day three strokes clear and posted a one-under 71 on Sunday in Doha, before holing a close-range birdie at the first extra hole.

“This feels really fantastic for me. It’s really, really great. I’m so happy,” the 2016 rookie of the year added.

“I was really nervous on the back nine. I missed a lot of greens but my chipping was really good today so I saved everything and finally I won.”