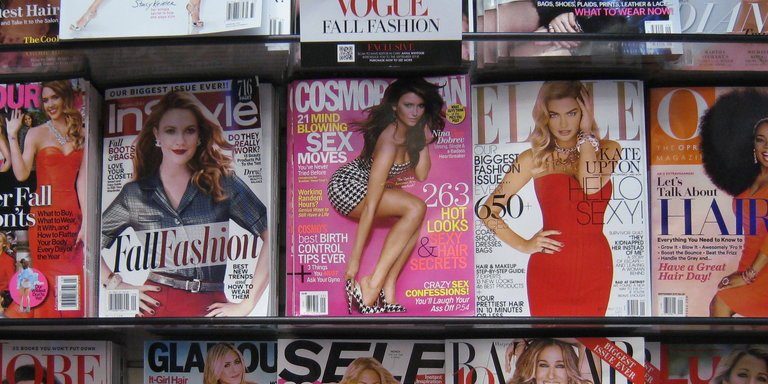 Walmart customers looking to toss the latest issue of Cosmopolitan magazine into their shopping carts will have to search the superstore a little harder.

The retailer has decided to remove the magazine from its checkout aisle displays in its 5,000-plus stores in the United States, in a move announced by a nonprofit anti-pornography group that connected the company’s decision to the #MeToo movement.

The magazines will be placed on racks elsewhere, varying by store. The April issue features Cardi B, the reality star turned rapper, who gives an “uncensored and totally amazing” interview inside. Other headlines promise tips on sex toys and foreplay, the secrets of super-close couples and this teaser: “Could you be guilty of micro-cheating? Could he?”

Walmart, in a statement, acknowledged that “the concerns raised were heard” but said that its decision stemmed from business reasons.

“As with all products in our store, we continue to evaluate our assortment and make changes,” the statement said. When asked for further comment, Walmart indicated that there are a number of factors it evaluates when making in-store placement decisions, including customer feedback and sales data.

Nevertheless, the National Center on Sexual Exploitation, an advocacy group that has campaigned against what it calls Cosmopolitan’s “hyper-sexualized and sexually objectifying” content, took some credit for the move on Tuesday, citing its “collaborative dialogue” with Walmart.

“This is what real change looks like in our #MeToo culture,” said Dawn Hawkins, the group’s executive director, in a statement.

A Cosmopolitan spokesman declined to directly address the group’s description but emphasized the publication’s focus on female empowerment.

“We are proud of all that the brand has achieved for women around the world in the areas of equality, health, relationships, career, politics and social issues,” he said in a statement.

The magazine, which will still be available for purchase on periodical racks on Walmart stores, has been a focus of the nonprofit group for years. In 2015, the organization started a campaign to get stores to shield Cosmopolitan’s headlines and covers behind blinders or wraps similar to those that frequently cover pornographic material.

At that time, it worked with Victoria Hearst, the granddaughter of William Randolph Hearst, who founded Cosmopolitan’s publisher, the Hearst Group. The joint effort appeared to be successful.

Ms. Hearst, who now runs a “Cosmo Hurts Kids” campaign aimed at stopping the sale of the magazine to children under 18, was not involved in the center’s current push, according to according to Haley Halverson, the organization’s vice president for advocacy and outreach.

The group, which was founded in 1962 and was previously known as Morality in Media, has continued to focus on Cosmopolitan in part, Ms. Halverson said, because the magazine was “targeting young girls” with its messaging.

“A young teenager who first picks up Cosmo is going to be attracted to the bubble gum pink cover and to stories about Selena Gomez and One Direction,” Ms. Halverson said. “But within the covers, Cosmo is filled with extremely explicit articles that detail things like sexting, pornography, group sex, public sex and other forms of risky sex that actually a lot of young girls today are being pressured to do before they’re ready.”

Ms. Halverson also said the group viewed its efforts as especially important in the midst of the continuing conversation around sexual harassment that was sparked by the #MeToo movement.

“Cosmopolitan really likes to wrap itself up in its faux feminist mystique where they’re claiming that because they’re talking about sex, it’s liberating to women,” she said. “But it’s time to raise the level of discourse and say, ‘Well, are they talking about sex in an actually empowering or productive way?’”

When asked, Ms. Halverson could not think of an example of a publication or media organization discussing sexuality in the manner she described.

The statement linking Cosmopolitan to #MeToo culture was met with some skepticism online. The magazine has written multiple articles about the #MeToo movement, as well as the sexual assault and consent issues at its center.

In an article for Vogue, Michelle Ruiz, a former sex and relationships editor at Cosmopolitan, wrote that the publication has long advocated for consensual adult sex and has recently shifted its focus to women’s sexual pleasure.

John Harrington, a publishing industry consultant who until 2015 published a newsletter covering the magazine business, linked Walmart’s decision to larger trends. As magazine sales continue to decline, Mr. Harrington said, it was likely that Cosmopolitan’s sales at Walmart were following that trend.

But he also said that the retailer historically had appeared more responsive than other retailers to pressure from outside groups.

In the past, “they have occasionally moved magazines like Cosmopolitan and Glamour on an issue-by-issue basis,” Mr. Harrington said.

In 2003, Walmart announced plans to obscure the covers of those two publications, as well as Redbook and Marie Claire. That same year, its stores also stopped selling the men’s magazines Maxim, Stuff and FHM after pressure from Christian groups.