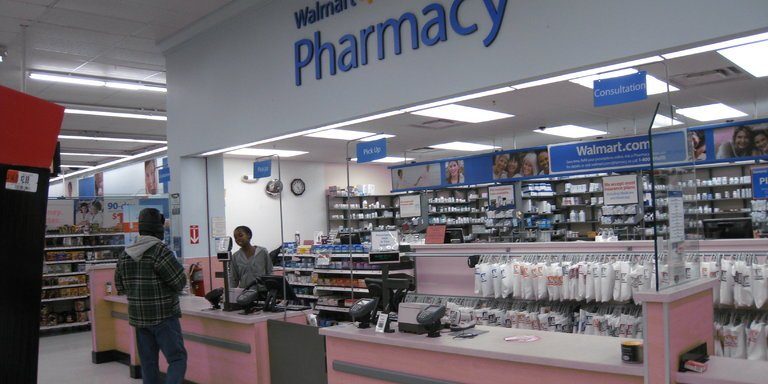 Walmart, the giant retailer, is constantly looking for ways to expand its business. Humana, the health insurer, is watching the consolidation taking place in its industry and looking for a partner.

Now the two companies are exploring ways to strengthen their ties, people briefed on the matter said Friday, the latest sign of the disruptive pressure that is forcing new alliances in the health and retail industries.

Walmart is unlikely to end up taking over Humana, these people said, but the deal could result in a financial and operating partnership around prescription drug sales or insurance coverage.

While much of the focus in retail is geared toward millennials, Walmart’s discussions with Humana involve another large and lucrative market — the health care needs of Americans over 65.

Walmart shoppers tend to skew older, with an average age of 50, according to Kantar Consulting. An effective way to reach those shoppers is to provide products and services around health care.

Walmart and Humana already have some synergistic ties. Since 2010, they have sold a co-branded prescription drug benefit for Medicare recipients, which offers savings on certain drugs bought at Walmart’s pharmacies.

The two companies, one of the people briefed on the matter said, are discussing how to expand that partnership in ways that would help drive more traffic to Walmart’s 4,700 United States stores, while increasing Humana’s enrollment.

As part of that initiative, analysts said, Walmart could open urgent care clinics inside its stores or hold community events, like bingo nights, that cater to enrollees in Humana’s insurance plans.

“Seniors will come into their stores, visit the pharmacy, see a doctor and do some shopping while they are there,” said Ana Gupte, a senior analyst at Leerink, a small investment bank specializing in health care.

The discussions are in their early stages and could fall apart, the people briefed on the matter said.

Two months ago, Amazon, JPMorgan and Berkshire Hathaway announced that they wanted to form some sort of health care venture for their employees, indicating a willingness to shake up the insurance market. Rising health care costs and the prospect that Amazon will make inroads into the pharmacy business and the broader health care industry have set off a spate of deals.

Last year, CVS Health acquired Aetna for about $69 billion in a deal that the companies said would reduce costs and increase health care services through retail clinics.

This month, the insurer Cigna agreed to buy Express Scripts, the pharmacy benefit manager, for $52 billion.

But last year, a federal judge blocked a proposed merger between Aetna and Humana over antitrust concerns. With the threat of competition rising, and with an uncertain antitrust and regulatory environment in Washington, Humana and other insurers have been forced to look for new partners, like retailers.

Ms. Gupte predicted in a research note in December that Walmart and Humana might soon pursue a deal.

Humana’s largest block of business is in private Medicare Advantage plans for older Americans. Because of the way it is paid by the government, the company makes more money if it can lower the overall costs of caring for its customers.

In recent years it has begun investing in its own health care clinics and teaming up with medical providers who can help it manage customers with chronic conditions and try to keep them out of a hospital.

The Walmart deal could provide an opportunity to substantially expand that effort, by housing retail medical clinics in rural communities around the country.

“The strategy is aimed squarely at the senior market, to leverage Wal-Mart’s retail presence to redefine primary care in Medicare Advantage,” John Gorman, the executive chairman of Gorman Health Group, a consulting firm for government health businesses, said in an email. “Walmart has hundreds of pharmacies, and Humana is investing heavily in Conviva, its clinic business. Imagine those two side by side in every Walmart store.”

But there would be challenges. Neither company has extensive experience in providing health care directly, and doing so well could be crucial to their integration.

And while some of the major insurers contend that these kinds of tie-ups are aimed at lowering costs for consumers and controlling health care costs over all, there is little evidence so far that consumers will benefit if more consolidation leads to less competition.

Talks between Walmart and Humana were first reported Thursday by The Wall Street Journal.

For decades, Walmart has driven growth by running stores that sell everything from eggs and light bulbs to pocket books, and dominating local markets with the lowest prices.

The rising threat from Amazon has forced the company to re-engineer its brick-and-mortar network and make a string of online acquisitions, including the hip men’s clothing line Bonobos and Jet.com. But the company has never strayed far from its core retail operations.

The shifting whims of consumers have forced Walmart and other retailers to look more radically for other ways to bring customers into their stores.

Last month, the supermarket operator Albertsons said it would buy the remnants of the Rite Aid drugstore chain. Its bet is that the increased foot traffic to its in-house pharmacies, which will be rebranded Rite Aids, will also bring more customers to the food aisles.

“It is not necessarily about synergies,” said Brian Owens, vice president of retail consulting at Kantar Consulting. “This gives Walmart another opportunity to keep the shopper in their box.”