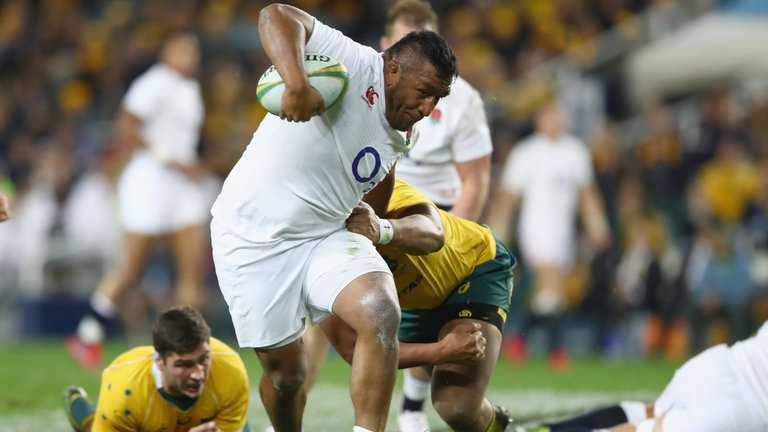 England’s look set to welcome back Mako Vunipola and Anthony Watson for the clash against Italy, with Billy Vunipola potentially available for their final Six Nations against Ireland.

The 21-16 victory over Wales on Saturday has created further momentum around England as they bid to become only the sixth team to defend a Grand Slam.

Strengthening England’s hand as they prepare for the visit of Italy to Twickenham in a fortnight is the news that Mako Vunipola and Watson should be ready to make their first international appearances of the year.

A knee injury has sidelined Vunipola since September while Watson pulled up with a hamstring problem last month.

“Mako has a big chance. He will play for Saracens next weekend and if he gets through that game okay we will bring him into camp for the Italy week,” head coach Eddie Jones said.

“Watson ran at 95 per cent on Friday so we are confident he will be able to play against Italy. It will be great to have him back and we will probably use him.

“Anthony will probably stay with us [rather than play for Bath] because he has not done much rugby with us.”

Looming on the horizon is Billy Vunipola’s comeback from the knee ligament damage sustained during the autumn and he could be unleashed upon Ireland on March 18 as one of Jones’ “finishers” in what is shaping up to be a title decider.

“Billy might get back for Ireland. He’d be pretty useful off the bench – 150kg,” Jones said.

Jones also revealed that a meeting in Qatar with a Spanish exercise physiologist named Alberto Mendez-Villanueva, who has worked with Manchester United manager Jose Mourinho, taught him methods that he used with Japan and that are now benefitting England.

“Wales were the benchmark team in Europe for winning games in the last 20 minutes. Now we’ve beaten them three times in a row so maybe we deserve that title,” Jones said.

“We use a methodology which I’ve borrowed from soccer called tactical periodisation. Alberto Mendez-Villanueva has been involved in it quite a bit.

“Every day we train a specific parameter of the game. We have one day where we have a physical session and do more contacts than we would do in a game.

“Then we have a fast day where we try to train for at least 60 per cent of the session above game speed. We don’t do any extra fitness.

“It’s all done within those training sessions. Because of that we’ve improved our fitness enormously.”